Former seventh-round pick and current Miami Dolphins safety Don Jones was one of those individuals that didn’t take too kindly to Michael Sam kissing his boyfriend live from his draft party after being selected late in the 2014 NFL draft on Saturday evening.

In tweets that have since been deleted, Jones showed disgust towards Sam.

In reality, someone being uncomfortable seeing that play out on live television tells us more about that individual than anything else.

Dolphins general manager Dennis Hickey had the following to say about Jones’ series of tweets (via ESPN).

I was made aware of it and I was disappointed in those comments…That’s not what we stand for as an organization. The draft weekend is a culmination for so many players, their lifetime achievement of their dream to achieve a goal for Michael Sam and all the other players.

Apparently Hickey, new to the Dolphins organization, has been living under a rock for the last year or so. That’s EXACTLY what the Dolphins have stood for in recent months.

After all, Jones seemed to be okay with this text from former Dolphins’ guard Richie Incognito. 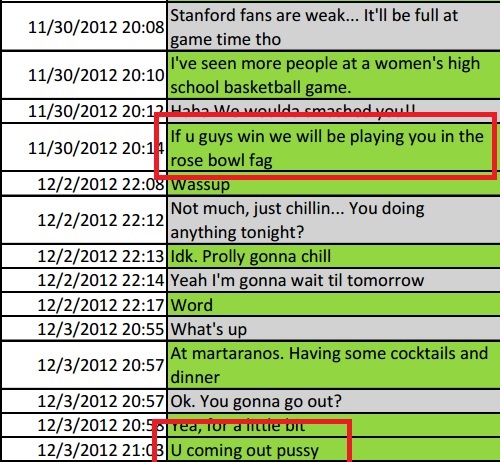 Way to be, Miami.