The Miami Dolphins are by no means treating newly acquired Bradley Chubb as a "rental." 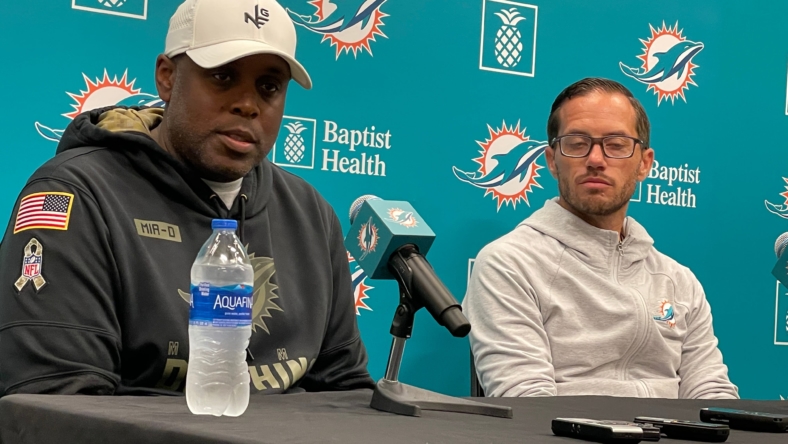 The Miami Dolphins have rapidly taken on a whole new identity under coach Mike McDaniel. Already seeing instant success, flashing a fearless and explosive offense, the Dolphins wasted no time putting the pedal to the floor by adding Bradley Chubb during Tuesday’s NFL trade deadline.

Miami first acquired a very solid running back in Jeff Wilson Jr. from the San Franciso 49ers but the biggest splash was landing the Denver Broncos edge rusher just prior to the deadline expiring.

On Wednesday, general manager Chris Grier made it crystal clear the team wasn’t just taking on a win-now approach and has already talked about a contract extension for the 26-year-old Chubb.

“We’re always looking for opportunities to upgrade the roster and do things that would benefit us not just today, but long-term as well. He’s a 26-year-old player at a premium position. He’s a very good football player.”

Everything Grier said made sense, particularly since they have such a young core roster at the key skill positions when you consider Tua Tagovailoa (24), Jaylen Waddle (23), and Tyreek Hill (28). Heck, even head coach Mike McDaniel is only 39 years of age.

The Dolphins are clearly looking to build a strong foundation on both sides of the ball, and are doing so fast, with their latest prize in Chubb expected to be around for the long term. The fact they’re already talking about taking care of a contract extension just a day removed from acquiring the defensive stud tells you everything you need to know about the organization’s mindset.

With Chubb in the final year of his rookie contract, news like this hitting so fast has to put him in the ideal mindset as he prepares to suit up for his first game with the Dolphins this Sunday against the Chicago Bears. McDaniel has already confirmed as much, and Wilson will be suiting up too.

While many teams expected to make moves instead chose to sit on their hands and do nothing — hello, Packers –the Dolphins just keep vaulting up the charts of fearful teams for the known top contenders like the Buffalo Bills and Kansas City Chiefs.