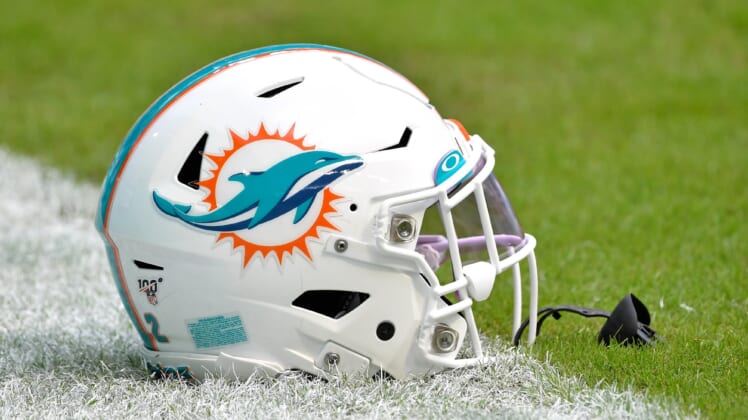 A team that many expected to come close to winning zero games last season, the Miami Dolphins surprised a lot of people. First-year head coach Brian Flores led a talent-stricken roster to a 5-11 record.

The season started with Miami moving on from multiple veteran players and concluded with a tremendous Week 17 win over the New England Patriots.

Heading into the 2020 campaign, there’s a lot of reason for optimism in South Beach. Below, we preview the Dolphins season and give you final predictions. But we start with a brief recap of the offseason that was.

The signing of former Dallas Cowboys Pro Bowl cornerback Byron Jones to the biggest contract in NFL history for a player at that position headlined Miami’s off-season moves. Jones will now team up with fellow high-priced veteran Xavien Howard to form an elite duo.

But Miami was not done there. It picked up two starters on the defensive front seven in that of edge rusher Shaq Lawson and linebacker Kyle Van Noy while adding former Pro Bowl running back Jordan Howard on offense. These four moves helped the Fins build depth and talent on both sides of the ball.

Nothing really to write home about here. Miami’s decision to release former Cowboys first-round bust Taco Charlton was somewhat surprising after he played well towards the end of last season.

Outside of that, the Dolphins were able to keep their core together through free agency while obviously upgrading at certain positions.

Miami had five selections in the first two rounds of the 2020 NFL Draft. In doing so, general manager Chris Grier and Co. added to both sides of the ball.

It seemed to be smoke more than anything leading up to the draft. Miami was said to be higher on Justin Herbert than Tua. When the Fins selected this former Bama quarterback fifth overall, years of being linked the single caller came to a culmination. Whether he’s ready for the 2020 season after undergoing hip surgery is the biggest story here.

This was somewhat of a surprise at No. 18 overall. Jackson was a fast riser leading up to the 2020 NFL Draft. He was seen as a raw, high-upside tackle among the second-tier of prospects in the annual event. The expectation here is that Jackson will sit as a rookie and potentially take over at left tackle the following season.

After having already added Byron Jones in free agency back in March. Miami doubled down on the corner position with this 5-foot-10 slot guy at the end of Round 1. It makes sense in that Jones and fellow high-priced corner Xavien Howard are more of your boundary types. Expect Igbinoghene to start at the slot this coming season.

An imposing 6-foot-5, 323-pound offensive lineman, Hunt dominated college competition playing against lesser competition. He has an inability to play both guard and on the outside, though, translates better on the inside at the NFL level. Hunt could be a Year 1 starter if needed.

Consistency issues plagued Davis over his final two seasons with the Crimson Tide. The talented interior lineman came on strong as a sophomore back in 2017, recording 10 tackles for loss and 8.5 sacks. He followed that up with recording just 8.5 quarterback hits and two sacks over the past two seasons. Despite this, his 6-foot-6, 311-pound frame is enticing.

Miami has built up a nice amount of talent and depth on both sides of the ball. We break it down here.

Tua is able to sit for a season with Ryan Fitzpatrick holding down the fort. The plethora of youngsters on Miami’s roster takes that next step. Meanwhile, Brian Flores proves that his team overachieving last season was not a fluke.

Despite the Patriots falling back to earth following the departure of Tom Brady, we’re not ready to conclude Miami is the second-best team in the AFC East behind the Buffalo Bills. Though, an 8-8 campaign would be seen as a major win here.

Tua is forced into action before he’s anywhere near ready. The other youngsters on this team fail to take the next step. Issues in the backfield, offensive line and at wide receiver cause for headaches for the Dolphins.

Instead of seeing Miami take that next step to respectability, it follows up the 2019 season with a similar end result. The team’s schedule makes this worst-case scenario pretty darn likely.

In the end, I predict that Miami sees modest improvements from a season ago. Based on the team’s schedule, seven wins seems to be the high-water mark.

This is not a bad thing. The Fins are set up for the long haul. They’ve made it clear this is a long-term rebuild. Improving by two wins from a season ago would be seen as a success for Brian Flores and Co.