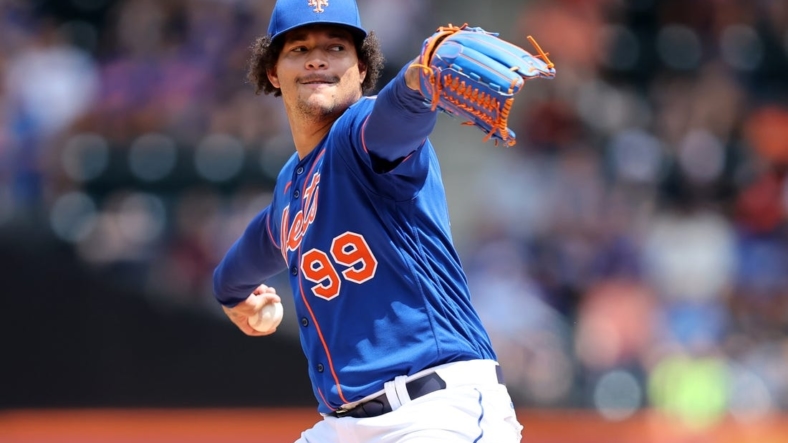 The Pittsburgh Pirates and visiting New York Mets will open their series Tuesday after Monday’s game was postponed because of poor weather — the first rainout at PNC Park this season.

The teams will make up Monday’s game with a split doubleheader on Wednesday to conclude the three-game set.

Tuesday will be the first meeting this year between the clubs, who face each other seven times in less than two weeks.

The Mets have led the National League East since April 12, but Atlanta is in hot pursuit. New York is coming off a losing series against Washington at home coming into Pittsburgh, including 7-3 and 7-1 losses Saturday and Sunday, respectively.

“It’s something we’re aware of,” Mets second baseman Jeff McNeil said of the Braves pulling to within a game back. “It’s a little bit of a letdown not playing our best baseball (those) two days.”

New York’s lead in the division has not been this small since July 24.

Pittsburgh, last in the NL Central, has lost four straight and 12 of 14.

The Pirates have not fared well lately against contending teams, going 2-10 since Aug. 22 against Atlanta, Philadelphia, Milwaukee and Toronto, with the Blue Jays scoring a three-game series sweep over the weekend.

That’s of little importance to New York manager Buck Showalter, who is concerned with his club, not opponents.

“It’s about us,” Showalter said. “It’s been that way the whole year.”

The Pirates have been without third baseman Ke’Bryan Hayes since he left Friday’s game because of left shoulder soreness, but the extra day makes it seem likely he will return.

Following Sunday’s loss to Toronto, Hayes told reporters that he “should be good” to face the Mets.

The Pirates and Mets are listing the same probable starters for the series, with the first two pushed back a day. The order between Bryse Wilson and Johan Oviedo (for Pittsburgh), and Jacob deGrom and Chris Bassitt (for New York) for the doubleheader is to be determined.

Keller, who has never faced the Mets, has continued on a path toward consistency as a starter.

Since a short stint in the bullpen, Keller has allowed three or fewer earned runs in 13 of 16 starts. He also has a 3.19 ERA over his past nine outings, although he is 2-4 in those games.

Last Tuesday, Keller struck out a career-high 10 and worked six innings at Milwaukee in a no-decision.

“Attacking the zone and just having high velocity,” Keller said. “Everything was pretty much on, so I think that’s a good contributor to having career-high stuff.”

Walker’s last outing was a no-decision Tuesday against the Los Angeles Dodgers. He gave up three runs and five hits in 5 1/3 innings.

It was his 18th start going at least five innings and giving up three or fewer runs.

Against Pittsburgh, Walker is 0-1 with a 7.94 ERA in three career starts.