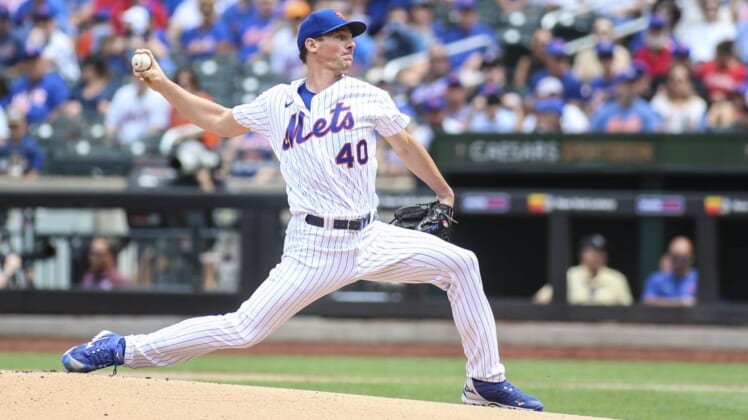 Chris Bassitt danced out of trouble over five innings and combined with four relievers on a nine-hit shutout Sunday afternoon as the host New York Mets beat the Philadelphia Phillies 6-0 in the rubber game of a three-game series.

Every starter had at least one hit for the National League East-leading Mets, who have won 17 of their last 20. New York posted back-to-back shutouts to close out the series and allowed just two runs overall in the set — including the tie-breaking run the Phillies scored with the benefit of the automatic runner in the 10th inning of Philadelphia’s 2-1 victory Friday.

The Phillies, who are 1 1/2 games ahead of the Milwaukee Brewers in the race for the third and final wild card spot in the NL, have lost three of four. Nick Castellanos had two hits.

Francisco Lindor laced an RBI single in the first for the Mets to break the single-season franchise record for most RBIs by a shortstop. Lindor has 82 RBIs, one more than Jose Reyes had in 2006.

Bassitt (10-7) allowed four hits and two walks while striking out five over five scoreless innings. He wriggled out of a two-on, nobody out jam in the fourth and two-on, none-out and bases loaded situations in the fifth, which ended with Alec Bohm lining out to second baseman McNeil.

Wheeler allowed the six runs on nine hits and one walk while striking out five over six innings.