Mets unsure if Yoenis Cespedes will play next season 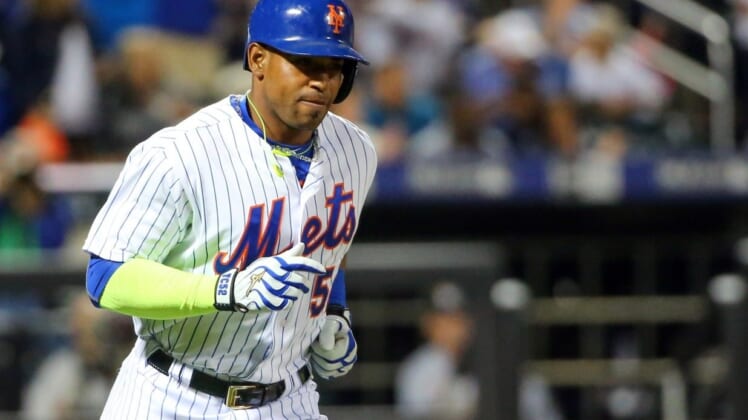 The New York Mets are on the hook for Yoenis Cespedes’ $29.5 million salary for next season, the final year of his massive four-year, $110 million contract.

Having played just 119 games over the past three seasons and after missing all of last year, Cespedes’ future on the diamond is not yet known.

Mets general manager Brodie Van Wagenen all but confirmed that on Monday by indicating that he’s unsure if Cespedes will even be able to play next season.

The former All-Star had season-ending surgery on the heels of both of his feet back in 2018 before suffering multiple fractures in his right ankle during a ranch accident earlier this year.

This announcement came as the Mets officially named Carlos Beltran their new manager in an intro press conference on Monday. It could also have wide-ranging ramifications for the team moving forward.

Once considered one of the game’s best talents, injuries have derailed Cespedes’ career. He now potentially forces the Mets to take on the equivalent of a $30 million dead payroll hit at a time when the organization is not inclined to raise its payroll a huge amount.

New York finished this past season with an 86-76 record. It led to the team firing embattled manager Mickey Callaway. We’re not too sure how the make up of the roster is going to look under Beltran.

What we do know is that Noah Syndergaard has been bandied about as trade bait in the not-so-distant past. Could the Cespedes’ injury force the team to slash payroll elsewhere? Time will tell on that front.