Mets turn to David Peterson to close out sweep vs. Marlins 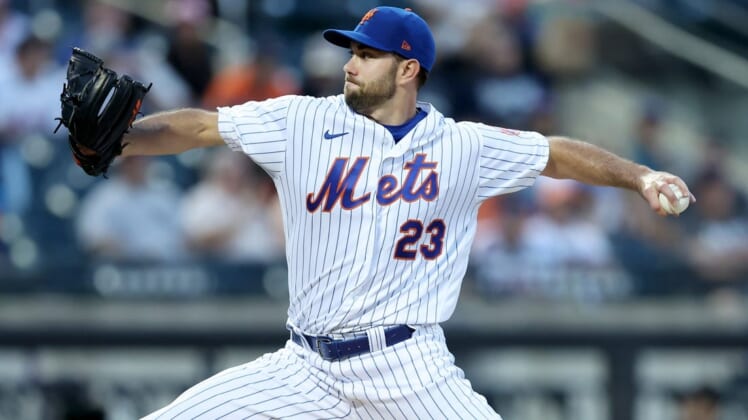 There’s nothing wrong with New York Mets lefty David Peterson, a former first-round pick who is 4-1 with a 3.18 ERA this year.

Scherzer (oblique injury) has been out since May 18, and he will likely need one more minor league rehab start before he’s ready to return.

“Max is not where he needs to be,” Mets manager Buck Showalter said. “But he’s getting closer.”

This year, the Mets are 8-2 when Peterson starts. He’s made a dramatic turnaround from last year, when he went 2-6 with a 5.54 ERA. The Mets were 6-9 when he started last year.

Showalter said catcher James McCann will start again on Sunday in his second game back from wrist surgery. That’s good news for Peterson, who has a 0.64 ERA in three games this season with McCann. He has a 4.08 ERA with New York’s other primary catcher, Tomas Nido.

McCann, who had been out since May 17, said he should be able to get back on track with Peterson and the rest of the Mets pitchers.

“Hopefully the relationships we built early in the season can be picked up where we left off,” McCann said.

Meanwhile, the Marlins are expected to start right-hander Daniel Castano, who is 0-1 with a 2.57 ERA in five games this season, including two starts.

Castano is 0-1 with a 3.75 ERA in three career games against the Mets, including two starts.

The Marlins, who will try to avoid getting swept by the Mets, can surely reach for one bright spot. After the Mets used closer Edwin Diaz to get saves in each of the past two games, he will likely be held out of Sunday’s game.

Marlins manager Don Mattingly, who has seen his team drop five of six games against the Mets this year, is hoping that not having to face Diaz will make a difference on Sunday.

“It feels like we have gotten the back end of the (Mets’) bullpen every game,” Mattingly said. “We are not getting the middle of their bullpen.”

Mattingly also expressed faith in his young center fielder Jesus Sanchez, who has emerged from a slump and now has six homers in his past 17 games, including one on Saturday.

“You are seeing more confidence with him,” Mattingly said of Sanchez. “If he’s going to be good, he’s going to need to bounce back.”