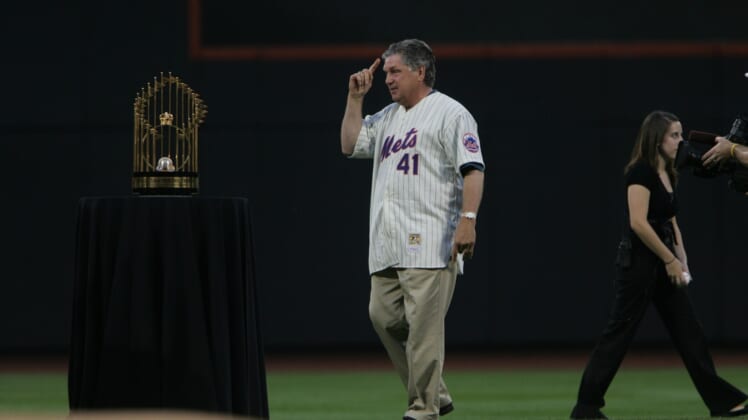 The New York Mets will unveil a statue commemorating legendary pitcher Tom Seaver before their home opener on Friday.

The ceremony begins at 10:30 a.m. in advance of the game at Citi Field against the Arizona Diamondbacks.

Among those on hand will be Seaver’s widow, Nancy, and their daughters, Sarah and Anne.

The statue was created by sculptor William Behrends, who immortalized Willie Mays in a statue that stands outside Oracle Park in San Francisco and Tony Gwynn in a monument at Petco Park in San Diego. The 3,200-pound artwork shows Seaver in motion and stands 10 feet high and 13 1/2 feet wide.

“This is a wonderful way to honor Dad’s legacy, and to celebrate his wonderful years in New York,” Sarah Seaver said in a news release. “The Mets have been working on this for years, and to see William Behrends’ vision come to fruition is so exciting and very touching. We are thrilled to share this with all the fans who supported Dad throughout his career.”

Seaver pitched from the Mets from 1967-77 and was the dominant National League pitcher of the era, winning the league Rookie of the Year and the Cy Young Award three times. He was a key member of the Mets 1969 World Series-winning team, finishing 25-7 with a 2.21 ERA.