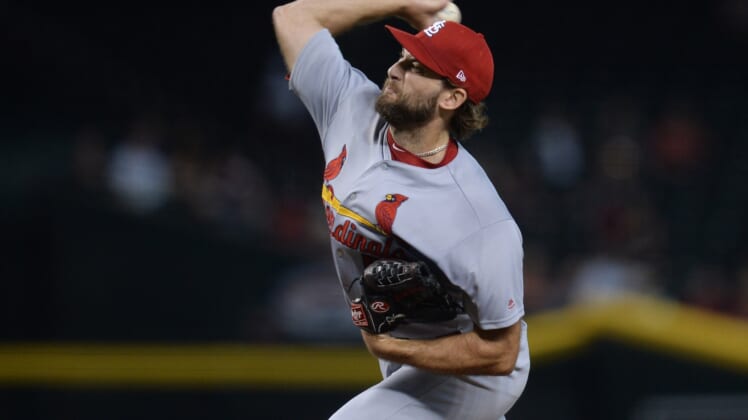 Before leaving the winter meetings, the New York Mets made sure to strengthen their pitching for the 2020 season. The Mets have reportedly agreed to a one-year deal with Michael Wacha, according to The New York Post’s Joel Sherman.

Wacha, who pitched with the St. Louis Cardinals for seven seasons, joins New York after struggling during the 2019 season. He recorded a 4.76 ERA with a 1.56 WHIP across 126.2 innings.

A first-round pick in 2012, Wacha quickly rose to stardom in a rookie campaign in 2013 that saw him record a 2.78 ERA in 64.2 innings then earned NLCS MVP honors during the postseason.

Injuries and inconsistency began to derail the once-promising starter that saw him become an All-Star in 2015. Wacha posted a 5.08 ERA in 2017 then battled through a left oblique strain during the 2018 season. He also missed time this year with shoulder discomfort, which limited his workload.

Wacha will likely earn a spot in the back of New York’s rotation. If the Mets can limit his innings and keep him healthy, he could be a reliable No. 5 starter.