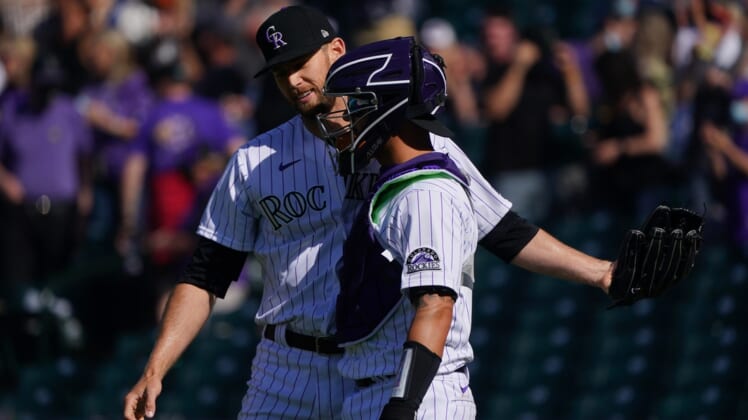 Friday’s series opener between the New York Mets and Colorado Rockies has been postponed due to inclement weather in Denver.

The teams will reconvene on Saturday for a traditional doubleheader beginning at 5:10 p.m. ET. The second game will begin 45 minutes after the conclusion of the first contest.

Postponements are nothing new for the Mets, who have seen seven games postponed already this season. New York’s initially scheduled season-opening series against Washington was postponed due to a COVID-19 outbreak among the Nationals, while Mother Nature played a role in the Mets’ games versus the Miami Marlins and Philadelphia Phillies.

Friday’s game marked the first postponement of the season for the Rockies.