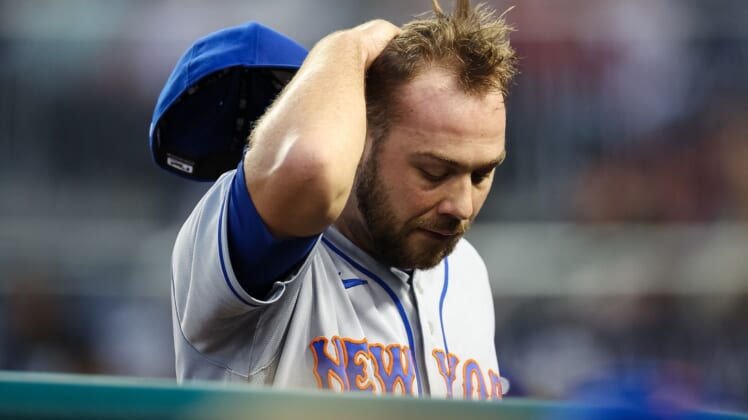 The move is retroactive to May 12.

Megill, who will undergo an MRI on Sunday, is coming off a nightmarish start in his last outing. He allowed eight runs on as many hits — including two homers — in a career-low 1 1/3 innings on Wednesday of an 8-3 setback to the Washington Nationals.

Also on Sunday, the Mets promoted Colin Holderman from Triple-A Syracuse and transferred fellow right-hander Trevor May to the 60-day injured list.

Holderman, 26, is poised to make his major league debut. He is 1-0 with a 2.92 ERA in nine games with Syracuse this season.

May, 32, has been sidelined with a stress reaction on the lower portion of his right humerus. He is 1-0 with an 8.64 ERA in eight relief appearances this season. He has allowed 13 hits in just 8 1/3 innings.

May went 7-3 with a 3.59 ERA in 68 relief appearances last season in his first campaign with the Mets following six seasons with the Minnesota Twins.