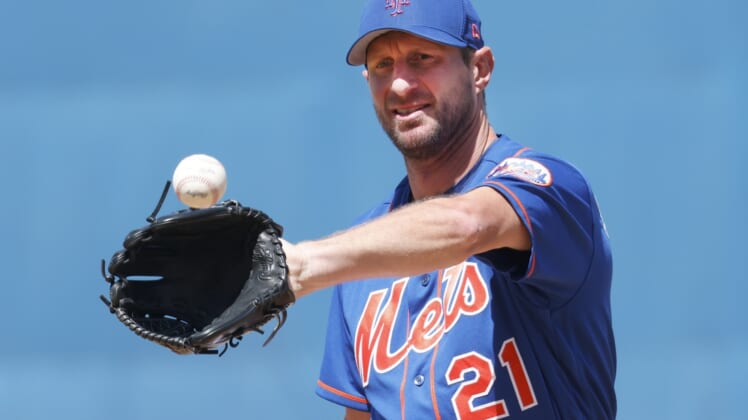 New York Mets right-hander Max Scherzer is nursing a hamstring injury that puts his availability in question when the team begins the regular season next week.

Scherzer was scratched from his start on Saturday due to a tight right hamstring. He labeled himself as day-to-day.

“I noticed something a couple days ago running,” Scherzer said. “My hamstring just tightened up. I didn’t feel like I strained it or anything.”

Scherzer, 37, is the presumptive Opening Day starter in place of ace Jacob deGrom, who is sidelined with a stress reaction in his right shoulder blade.

New York opens the season on Thursday against one of Scherzer’s former teams, the Washington Nationals.

Scherzer signed a three-year, $130 million contract with the Mets in the offseason.

Scherzer was 7-0 with the Dodgers in the regular season and 0-1 in the postseason after being acquired in a July 30 trade with the Nationals that also brought infielder Trea Turner to Los Angeles.