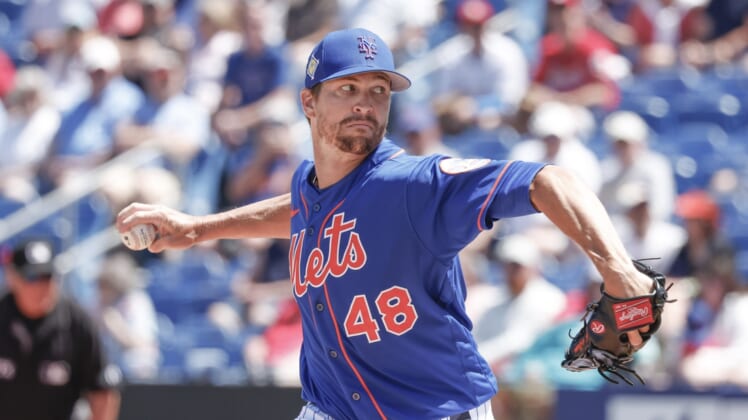 The New York Mets placed right-hander Jacob deGrom on the 10-day injured list on Thursday, a formality as he copes with a shoulder injury.

An MRI conducted last week showed he has a stress reaction in his right scapula, and general manager Billy Eppler said then that deGrom could miss two months.

He was the planned Opening Day starter, and with big-ticket free-agent signee Max Scherzer dealing with a hamstring injury, Tylor Megill will start for the Mets on Thursday night against the Washington Nationals.

The setback represents another blow for the 33-year-old deGrom, who didn’t pitch after July 7 of last season due to elbow issues. In 15 starts last season, deGrom went 7-2 with a 1.08 ERA, and he struck out 146 batters in 92 innings.