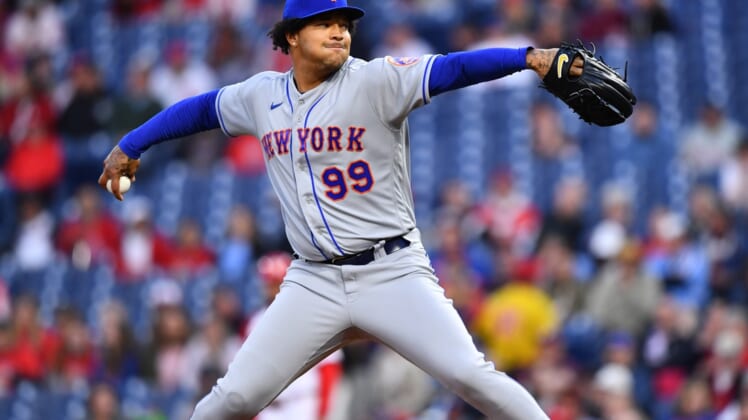 New York Mets right-hander Taijuan Walker was placed on the 10-day injured list Tuesday due to soreness in his pitching shoulder.

The move comes one day after Walker left a start against the Philadelphia Phillies after two innings.

Walker underwent an MRI exam on Tuesday and it detected joint inflammation in the shoulder.

Mets manager Buck Showalter said Walker will likely need a rehab stint to build up his arm once he is healthy. Walker already was behind on the stamina side after undergoing knee surgery in January.

Right-handed reliever Trevor May also departed Monday’s 5-4 loss to the Phillies, and he also underwent an MRI on Tuesday. May was diagnosed with a low-grade triceps strain.

“Hopefully a day or two of staying away from it will hopefully help it and off to the races from there,” May told reporters.

The pitching injuries come on the heels of ace right-hander Jacob deGrom being sidelined until June due to shoulder issues.

Right-hander closer Edwin Diaz is back with the team for Tuesday’s game against the Phillies and was removed from the bereavement list. Diaz went to Puerto Rico due to the death of his grandfather.