Mets-Phillies rained out, postponed to Aug. 20 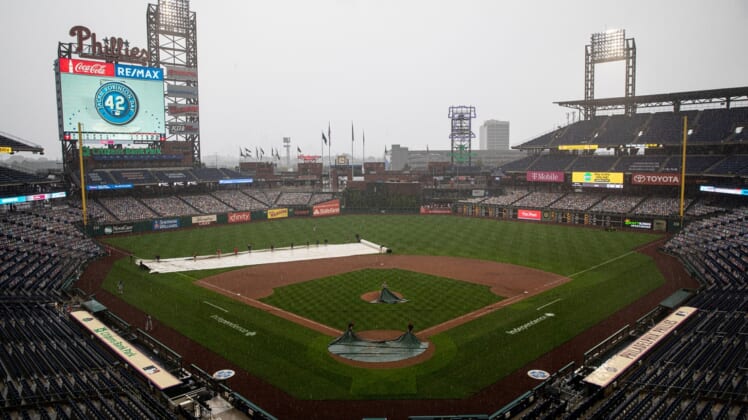 Friday night’s game between the New York Mets and host Philadelphia Phillies was rained out and rescheduled for a split doubleheader on Aug. 20.

The first game of that twinbill will start at 1:05 p.m. ET and the originally scheduled Aug. 20 contest will remain at 7:15 p.m.

New York won the series opener 8-7 on Thursday night after rallying for seven runs in the ninth inning. The last time the Mets trailed by six or more runs in the ninth and won was on Sept. 13, 1997 against the Montreal Expos.