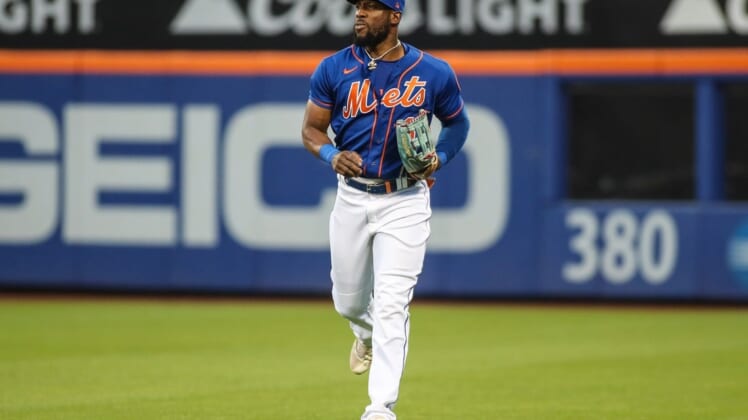 The New York Mets lost two starters to injuries in the first two innings of their Tuesday road game against the San Diego Padres.

Pete Alonso exited after being hit on the right hand by a pitch from Yu Darvish in the second inning. J.D. Davis pinch-ran for Alonso and remained in the game to play first base.

Entering the bottom of the second, right fielder Starling Marte came out to his position but was replaced by Mark Canha. An inning earlier, Marte appeared to get injured while he was thrown out trying to steal second base. He consulted with team staff and ended up staying in the game briefly before eventually leaving.

Darvish hit three of the first five Mets batters with pitches. Entering the night, the Mets had been hit by 37 pitches, easily the highest total in the major leagues.