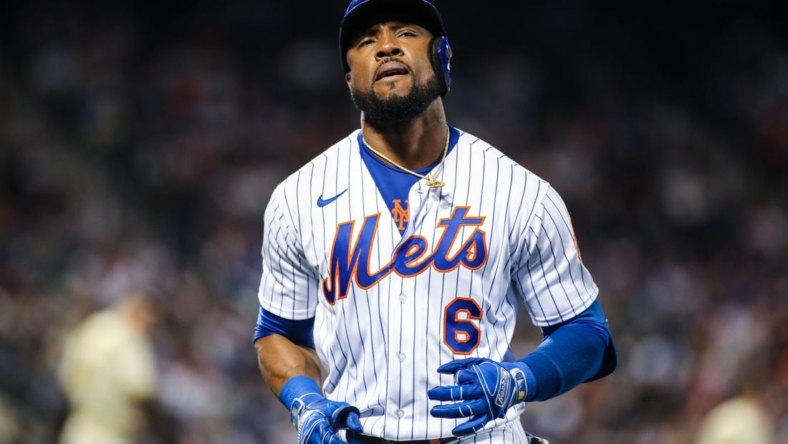 New York Mets outfielder Starling Marte underwent surgery to repair a core muscle injury he sustained in the second half of the season.

The team said Marte had the surgery Tuesday in Philadelphia and is facing an eight-week recovery timeline. He’s expected to be ready for spring training.

Marte, 34, missed most of September and a month overall with a fractured right middle finger. He was hit by a 95-mph fastball from Pittsburgh Pirates right-hander Mitch Keller on Sept. 6. He returned for the wild-card round against the San Diego Padres and hit .167 in three games.