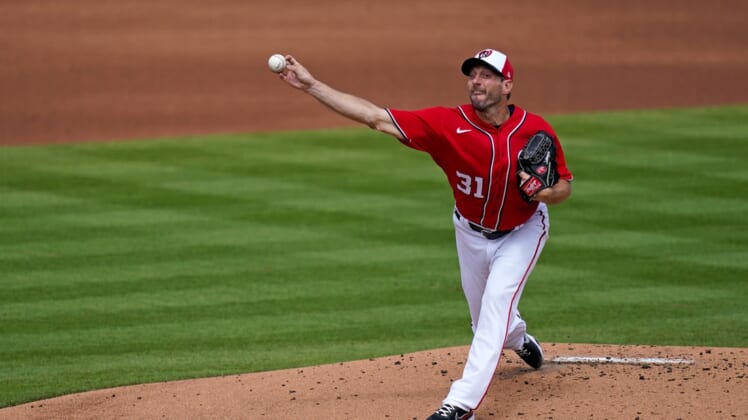 The New York Mets and Washington Nationals are scheduled to begin the 2021 season the same way they ended the 2020 campaign, opposing each other.

However, the Mets and Nationals will look far different and hold far higher expectations when they take the field Thursday in Washington than they did six months ago.

New York and Washington closed out the abbreviated 2020 season at Nationals Park during the final weekend of September, when the Nationals ended the Mets’ flickering playoff hopes by winning the final three games of the four-game series. The series result left the two teams tied for last place in the NL East at 26-34.

Neither team waited long to begin an offseason overhaul. The Nationals, who were 27-33 through 60 games in 2019 before winning the first World Series in franchise history, added three-time World Series champion Jon Lester to the rotation, signed Kyle Schwarber to play left field and acquired Josh Bell and Brad Hand to fill vacancies at first base and closer, respectively.

The Nationals are also hoping to get a full season out of Stephen Strasburg, who was limited to just two starts last season due to carpal tunnel syndrome, while getting standard seasons from young stars Juan Soto and Trea Turner. Washington hopes to make the playoffs for the sixth time in 10 years.

Of the nine players in the Mets’ lineup for the season finale, six are no longer with the team. The rapid overhaul began following the biggest change on Nov. 6, when the long-awaited sale from the Wilpon family to billionaire Steve Cohen was finally completed.

Lindor, who is scheduled to hit free agency after the season, has established an Opening Day deadline for contract negotiations. The two sides reportedly were discussing a 10-year deal.

“I really had a good look at (the lineup for) my last (spring training start) against the Nationals and from top to bottom thinking, if I was facing our lineup, that’s a tough lineup,” deGrom said. “We had a great group of guys, but the additions we made are definitely exciting. Looking forward to getting this thing started.”