Mets manager on Noah Syndergaard: ‘You can’t make everybody happy’ 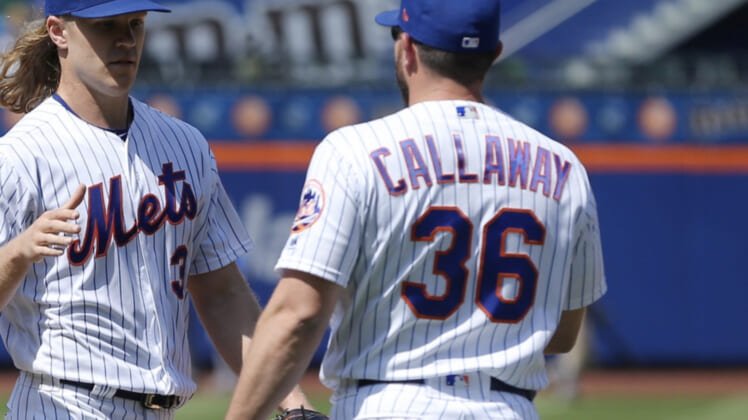 Are things on the verge of spilling over even more for the New York Mets as they play their way out of the NL Playoff race? It’s a real possibility.

Early on Monday it was noted that ace starter Noah Syndergaard approached the Mets’ brass about his unhappiness when it comes to pitching to catcher Wilson Ramos.

“Noah Syndergaard, simmering all season about his inability to move Mets brass to line him up with his preferred catchers, became livid over the weekend when he had to throw again to Wilson Ramos rather than Rene Rivera or Tomas Nido,” Joel Sherman and Keven Kernan of the NY Post reported.

Pitchers having preferred catchers is nothing new. Remember, Greg Maddux having his own catcher in that of Eddie Perez during his Atlanta Braves days? It’s a similar situation with that of Syndergaard.

He has posted a 5.09 ERA in 15 starts with Ramos behind the backstop this season. Meanwhile, Syndergaard boasts a 2.45 ERA with Nido catching for him.

Despite this, Mets manager Mickey Callaway noted on Monday that he’s not going to change things just to make Syndergaard happy.

That certainly is one way to go about it. However, making your best pitcher happy should also be of concern for a manager that’s been on the hot seat all season.

New York found a way to get back into the playoff race last month. Unfortunately, the team is now four games out of the final wild card spot in the National League after having lost 10 of its past 16 games.

Should the team fall further out of contention in the next week or two, we would not be surprised if things boiled over even more. Callaway and Syndergaard have had a contentious relationship all season.