Mets look to rebound in DH vs. Pirates 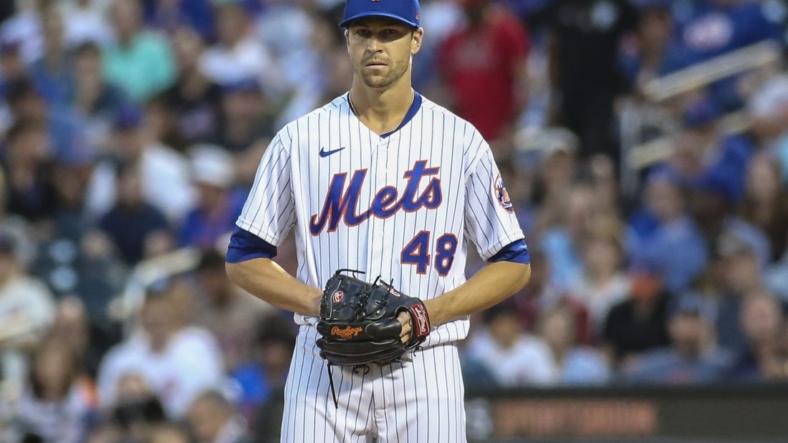 The New York Mets picked a bad time for a mini-swoon.

They fell to the host Pittsburgh Pirates 8-2 Tuesday. That not only left them with a three-game losing streak, matching their longest skid of the season, but also gave them three straight six-run losses.

New York (85-51) is trying to hold onto first in the National League East, with Atlanta bearing down.

The Pirates (50-84) had lost four straight before Tuesday and are going nowhere. However, they are a combined 7-2 against the Mets, New York Yankees and Los Angeles Dodgers — teams that each have at least 80 wins and have at least a share of first place in their respective divisions.

“I just think we come out to play every day and try and do our best,” Pittsburgh reliever Wil Crowe told AT&T Sportsnet. “You get the best teams out here on the field, and that’s going to bring the best out of us.”

The teams close the series with a doubleheader Wednesday after Monday’s game was rained out.

Showalter said left fielder Starling Marte will be seen by a specialist. Marte left Tuesday’s game after getting hit in the right hand.

In his past five starts, deGrom had at least nine strikeouts per game. He hit that mark his last time out, last Wednesday against the Los Angeles Dodgers, when he got the win, giving up one run and three hits in seven innings.

Against Pittsburgh, deGrom is 1-3 with a 2.43 ERA in six career starts.

Bassitt is coming off a win Thursday against the Dodgers, when he gave up two runs and six hits in six innings. He is 5-0 with a 2.38 ERA and 28 strikeouts over his past seven games.

In his only appearance against Pittsburgh on May 4, 2019, while he was with Oakland, Bassitt did not get a decision as he gave up three runs and five hits in five innings.

Since his most recent recall from Triple-A Indianapolis, Wilson is 2-4 with a 4.62 ERA in 10 starts.

Wilson has made one career appearance against the Mets, a start July 26, 2021, while he was with Atlanta. He pitched three scoreless, four-hit innings.

Oviedo made his Pirates debut Friday, pitching three scoreless innings in a no-decision against Toronto, and could have a longer leash Wednesday.

He was acquired by Pittsburgh from St. Louis.

Oviedo has faced the Mets once, May 5, 2021, while with the Cardinals, taking the loss after allowing four runs and five hits in four innings.