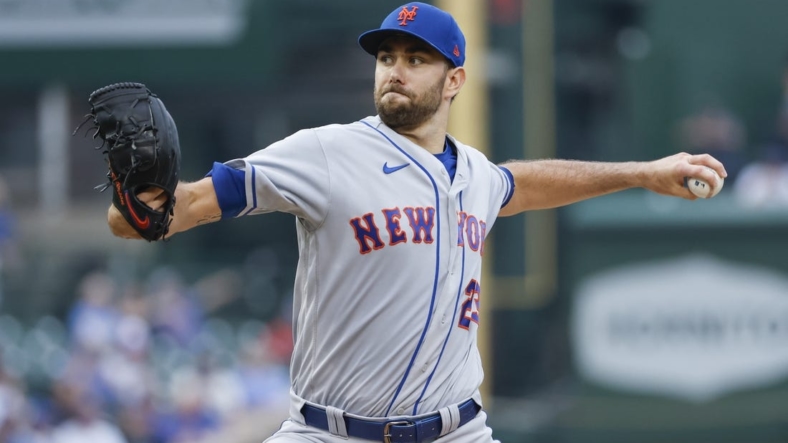 The schedule looks as if it’s beginning to lighten up for the New York Mets, who spent most of August battling other contenders.

Still, with a division title far from wrapped up, the Mets know this is no time to take anyone lightly.

The Mets will look to continue their winning ways on Friday when they begin a three-game series against the visiting Washington Nationals.

Both teams earned home wins in the rubber game of a three-game series Thursday afternoon.

Darin Ruf delivered the tiebreaking sacrifice fly in the sixth inning of the Mets’ 5-3 win over the Los Angeles Dodgers. Meanwhile, surging rookie Joey Meneses hit a walk-off, three-run homer in the 10th inning to lift the Nationals past the Oakland Athletics 7-5.

The win over the Dodgers — who have baseball’s best record — kept the National League East-leading Mets three games ahead of the second-place Atlanta Braves, who beat the Colorado Rockies 3-0. New York increased its lead over the idle St. Louis Cardinals, the NL Central leaders, to 7 1/2 games in the race for the second NL playoff bye.

The Mets also capped a 28-game stretch in which they played 21 games against a quartet of teams currently occupying a playoff spot. New York went 12-9 against the Dodgers, the New York Yankees, the Philadelphia Phillies and the Braves.

The Mets are scheduled to face just two teams with winning records over the final five weeks. New York visits the Milwaukee Brewers from Sept. 19-21 before heading to Atlanta for the penultimate series of the season Sept. 30-Oct. 2.

But with the Braves — who are 58-24 since June 1 — on the Mets’ heels, closer Edwin Diaz said he and his New York teammates won’t find it difficult to take their sub-.500 foes seriously.

“I think this entire month of September would be like a playoff,” Diaz said. “That’s big for us because we are looking to win the division. Atlanta is close, so we’ve got to win almost every game.”

The Nationals, in the midst of a full rebuild after trading outfielder Juan Soto and on pace for their first 100-loss season since 2009, have been relegated to spoiler status for months.

However, the presence of players such as Meneses has provided a spark for Washington. The 30-year-old first baseman/outfielder played 894 minor league games with four organizations before making his major league debut Aug. 2, the day the Nationals traded Soto to the San Diego Padres. He is hitting .354 with seven homers and 15 RBIs in 99 at-bats.

“All those years of playing in the minor leagues to get to this point and doing it at this moment and on this stage — it’s just something I’m going to enjoy very much,” Meneses said.

Peterson earned a win on Saturday when he tossed six scoreless innings as the Mets beat the Rockies 3-0. He is 2-0 with a 2.53 ERA in four career starts against the Nationals, but Washington got him for four runs in 4 2/3 innings during a no-decision on May 30.

Gray had his most recent scheduled start skipped to manage his workload. He hasn’t pitched since Aug. 20, when he didn’t factor into the decision after allowing one run over five innings in the Nationals’ 2-1 loss to the Padres.

Gray is 0-1 with a 12.86 ERA in two starts against the Mets. He lost to New York in his season debut on April 8 after giving up four runs in four-plus innings.