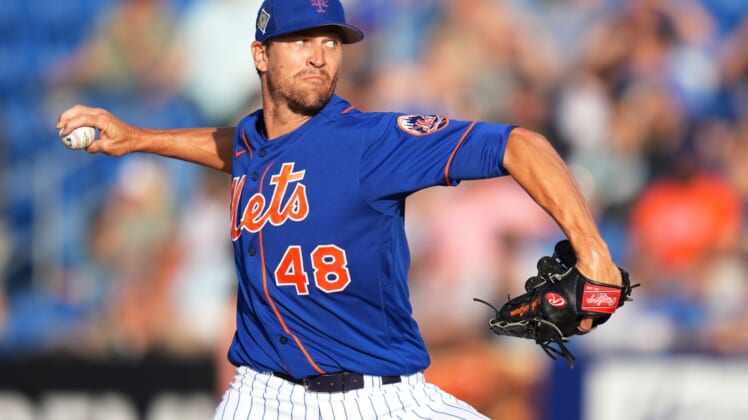 New York Mets ace Jacob deGrom has “continued healing” in his injured right scapula and will “continue to build distance and velocity in his throwing program,” the team announced Tuesday.

The Mets didn’t announce a timeline for his return to the mound and said they’d provide “an update on his progress when appropriate.”

It was the third MRI since late March for the 33-year-old right-hander, who landed on the injured list on April 7 with a stress reaction on his right shoulder blade.

He was transferred to the 60-day IL on May 10 and won’t be eligible to come off the list until June 6.