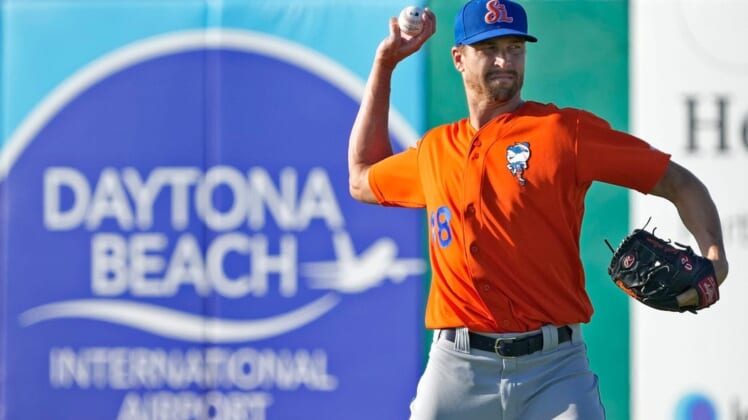 Mets manager Buck Showalter added during a radio appearance that deGrom could make his season debut for the Mets if the next rehab start goes well.

“Jake threw today, and he’s feeling good. Hopefully we’re close to the end of this,” Showalter said on WFAN’s “Carton and Roberts.”

A two-time Cy Young winner, deGrom hasn’t started a big-league game since July 7, 2021. He was shut down April 1 with a stress reaction in his right scapula.

He threw a simulated game last week at the Mets’ spring training facility in Port St. Lucie, Fla., but it was pushed back by two days due to mild muscle soreness in his throwing shoulder.

Before that, deGrom made three rehab starts, including one on July 14 for Syracuse. He threw 42 pitches in four innings of one-run ball.

The 33-year-old deGrom has been plagued by arm injuries. He missed the second half of last season due to elbow issues and hasn’t pitched in a game since last July 7. The four-time All-Star was placed on the injured list on April 7 and transferred to the 60-day IL on May 10.