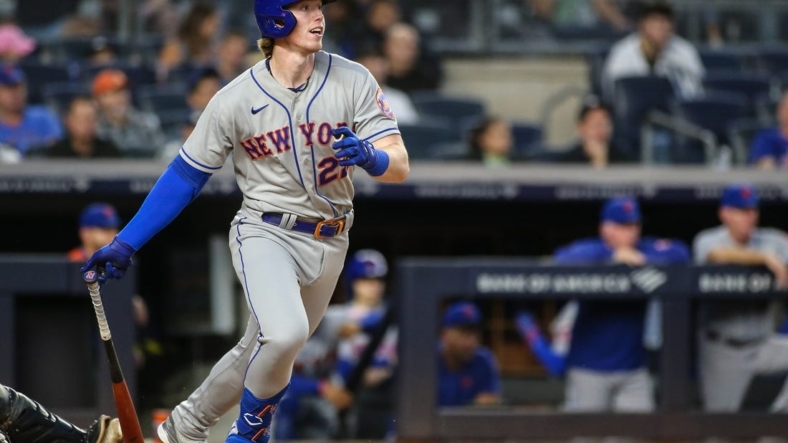 The severity of the injury was detected when Baty underwent an MRI exam on Wednesday.

The Mets stated five weeks as a possible return timetable while announcing the upcoming surgery. Baty was placed on the 10-day injured list, retroactive to Aug. 29.

The Mets recalled outfielder Terrance Gore from Triple-A Syracuse in a corresponding move. Gore, 31, was batting .241 with nine stolen bases in 26 games at Syracuse.

Also, right-hander Tylor Megill is slated to make a rehab start at Double-A Binghamton on Thursday. Megill has been sidelined for two-plus months because of a shoulder injury.

Earlier this season, Megill missed nearly a month with a bicep injury. The 27-year-old is 4-2 with a 5.01 ERA in nine starts this season.