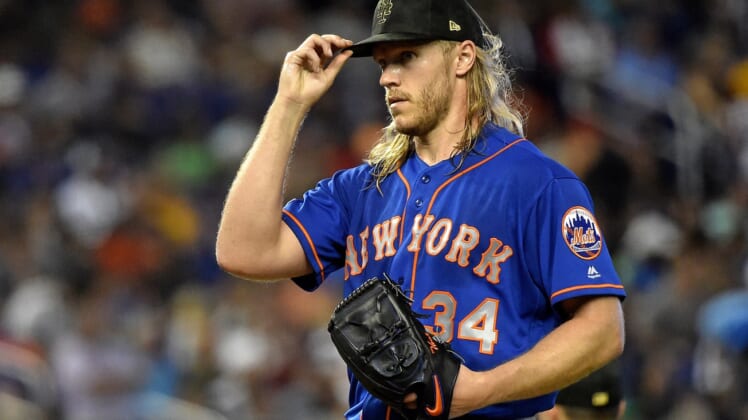 One of the biggest names on the MLB hot stove heading into Wednesday’s trade deadline took the mound Tuesday night.

Squarely on the trade block, New York Mets starter Noah Syndergaard took to the bump against the Chicago White Sox.

According to an unnamed Mets executive, this means a trade surrounding Syndergaard is not close.

It seemed to be a foregone conclusion that Syndergaard would be moved ahead of the July 31 deadline. Even after New York added Marcus Stroman in a trade with the Toronto Blue Jays over the weekend, these rumors persisted.

The Mets are now stuck between a rock and a hard place.

They find themselves six games out of the final wild card spot in the National League and are five games under .500. That’s why the Stroman trade was so interesting.

At this point, it seems that New York is intent on keeping Syndergaard. Like Stroman, he is under team control for the 2020 season.