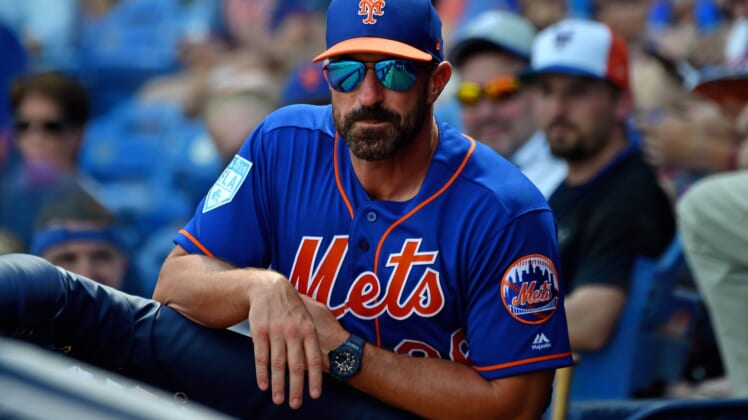 The New York Mets entered Wednesday’s action at 37-43 and 10 games out of first place in the NL East.

A recent implosion involving manager Mickey Callaway led to him being fined by the team. Meanwhile, Mets fans continue to call for Callaway to be fired.

Not to be deterred, Callaway sounded optimistic that his Mets could overcome season-long struggles as the second half of the calendar kicks off this week.

There’s no real validity to this claim. New York started out hot last season, posting a 17-9 record through April. It finished eight games under .500 at 77-85. This means the team was 60-76 after that hot start.

We’re not exactly sure where Callaway was coming from here.

What we do know is that it appears Callaway and the Mets are stuck with one another. If he wasn’t going to get fired after this latest incident, it’s probably never going to happen.