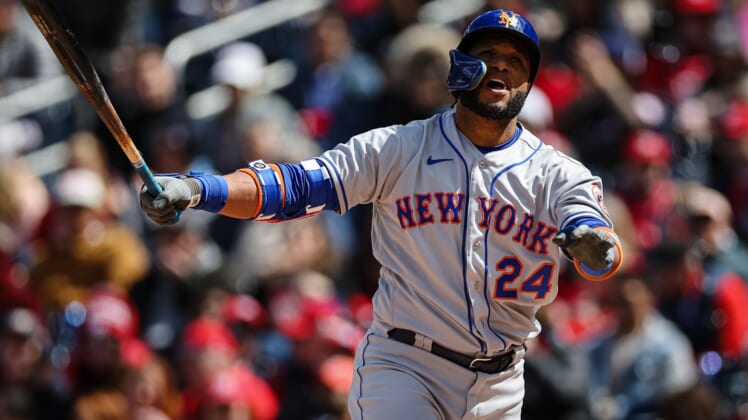 Teams have until mid-day Monday to reduce their rosters to 26 players, and Cano became a casualty because he has struggled to fit into a part-time role on a team that leads the National League East.

Cano had been playing against right-handers, but the Mets signaled their move when they sat Cano in Sunday night’s game against the Philadelphia Phillies and right-hander Zach Eflin.

Cano, now 39, is an eight-time All-Star. But he missed all of the 2021 season because of a suspension for a second violation of using performance-enhancing drugs and is batting .195 (8-for-41) in 12 games with one home run and three RBIs.

Manager Buck Showalter said Sunday before the game that sitting Cano was the right decision.

In May 2018, MLB suspended Cano for 80 games for his first violation of PED rules. In all, he forfeited more than $34 million in salary because of the suspensions.

The Mets also optioned right-handed pitcher Yoan Lopez to Triple-A Syracuse to bring the roster to the mandated 26 players.