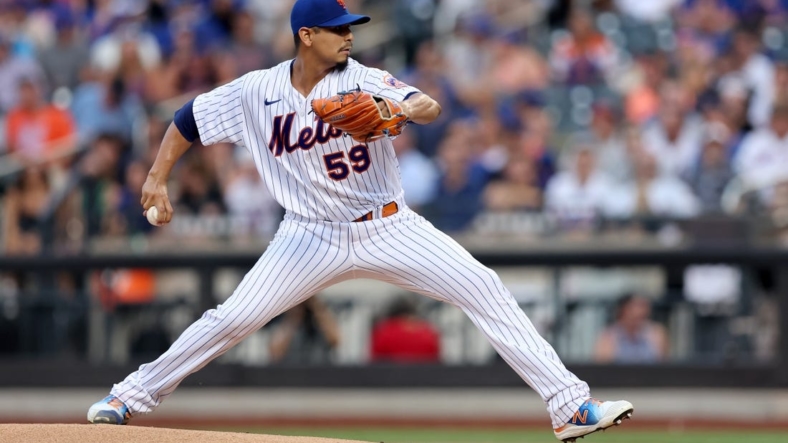 The New York Mets will look to bounce back from a rare loss to the visiting Washington Nationals this season when the teams meet in the rubber match of their three-game series on Sunday.

New York has dominated the Nationals this season, having gone 11-4 and outscoring them 83-47 following the Nationals 7-1 win on Saturday. The Mets won 7-3 on Friday.

The teams conclude the season with a three-game set at Citi Field during the first week of October.

On Sunday, the Mets will hand the ball to right-hander Carlos Carrasco (13-5, 3.92 ERA), who is returning to the rotation for the first time since suffering a low-grade left oblique strain during his start on Aug. 15.

Carrasco allowed three runs, including two homers, on four hits before exiting the game after the second inning in an eventual 13-1 Braves’ win. Carrasco went on the IL the next day.

Carrasco, who threw a simulated game on Monday, had been even better in his three starts against the Nationals this season. He’s 2-0 with a 1.56 ERA, having allowed three runs with 15 strikeouts and five walks in 17 1/3 innings.

He’ll be opposed by Erick Fedde (5-9, 5.29), who has struggled mightily in two starts against the Mets this season and hasn’t picked up a win since June 21.

The right-hander is 0-1 with an 11.37 ERA against the Mets, having allowed eight runs with five strikeouts and three walks in just 6 1/3 innings over two starts.

In his most recent start against the National League East leaders, Fedde allowed six runs on eight hits with no strikeouts and a walk in just 1 1/3 innings in the Mets’ 13-5 win on May 30.

Fedde was rocked in his last start, against Oakland on Tuesday, when he allowed six runs on nine hits with four strikeouts and a walk in just 2 2/3 innings in a 10-6 loss.

The Nationals have won three of their past four games after a 7-1 win on Saturday in which Luis Garcia produced his first four-hit game of his career — and it came in a game started by three-time Cy Young Award winner Max Scherzer.

“I stay focused with him,” García said of his approach against Scherzer that resulted in a solo home run, via an interpreter and as reported by MASN. “I always look for a good pitch to hit, try to stay up the middle or away with him. And I’m always looking for that pitch in the zone I can take advantage of.”

The Mets have won six of their past nine games.

“There’s always been a sense of urgency with these guys since the first day of spring, things they want to accomplish,” Mets manager Buck Showalter said. “So it doesn’t surprise me that they’re continuing to be engaged in the competition.”