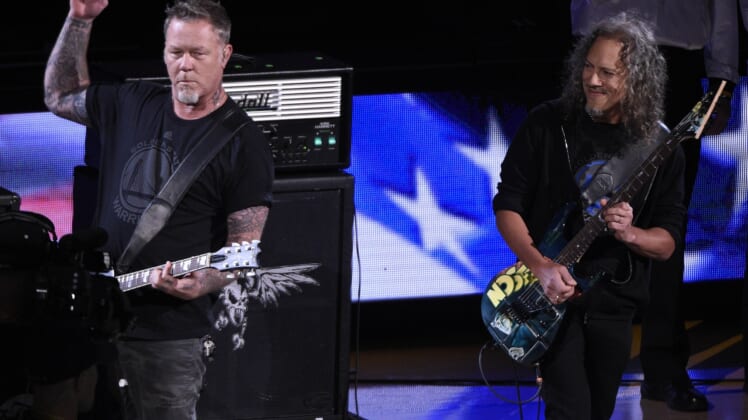 Prior to Game 3 of the NBA Finals between the Toronto Raptors and Golden State Warriors, the fans at Oakland’s Oracle Arena will be treated to Metallica.

Footage of the famed heavy metal band practicing the The Star Spangled Banner on the guitar was shown hours before tipoff.

Per Tsvi Machlin of The Spun, Tenille Arts will perform the Canadian national anthem.

This is a role that Metallica is familiar with. The band performed the national anthem prior to Game 5 of the 2015 NBA Finals, also at Oracle Arena.

The Warriors won that game en route to that year’s championship. Golden State is no doubt hoping that Metallica can be a similar good luck charm in 2019.