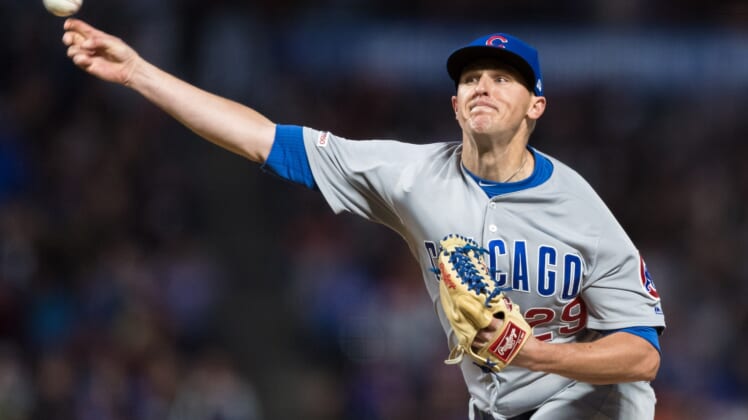 The New York Mets have made a minor move as they look to earn a playoff spot in the National League. New York announced on Thursday that it has signed veteran relief pitcher and former All-Star Brad Brach.

Brach, 33, pitched for the Chicago Cubs earlier this season. It did not go well. He posted a 4-3 record with a 6.13 ERA and 1.77 WHIP in 42 appearances before being designated.

Though, there is a track record of success here. Brach pitched to a 1.52 ERA in 27 appearances for the Braves last season. He also posted a 2.05 ERA and 1.13 WHIP en route to earning an All-Star appearance with the Baltimore Orioles back in 2016.

New York is attempting to fortify a bullpen that has not be great this season. Specifically, former All-Star closer Edwin Diaz has struggled big time.

The Mets head into Thursday’s action with a 59-56 record and just a half game out of the final wild card spot in the National League. They have won 13 of their past 14 games.