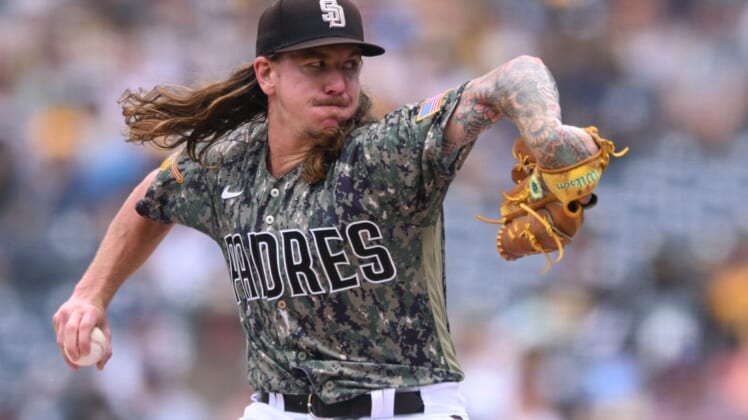 David Peralta broke a scoreless tie with a two-out homer in the sixth and Merrill Kelly continued his dominance of the Padres, as the visiting Arizona Diamondbacks defeated San Diego 3-1 on Sunday night.

Kelly (9-5), who left the game after Luke Voit homered to open the seventh, held the Padres to one run on six hits through six-plus innings. He did allow a walk and struck out five to improve to 8-2 with a 2.34 ERA in his career against the Padres.

Mark Melancon pitched a perfect ninth to earn his 13th save.

Kelly was locked in a pitching duel with Padres starter Mike Clevinger (2-3) when Peralta went deep. Peralta’s drive to right was his 12th homer of the season.

Clevinger allowed the one run on four hits and two walks in six innings of work. He fanned eight while suffering the loss.

The Diamondbacks then extended their lead to 3-0, scoring twice in the seventh with just one hit. Both runs were charged to Padres rookie MacKenzie Gore.

The D-backs had a run taken off the board while the game was still scoreless.

Arizona had the bases loaded with two outs in the fifth and Alcantara apparently scored when Clevinger hit Alek Thomas with a pitch.

But home plate umpire Jeff Nelson ruled Thomas had swung and missed on the pitch that hit him and sent Alcantara back to third. Thomas then struck out to end the inning.

The Padres also missed out on a run when Eric Hosmer was thrown out at the plate in the second by Diamondbacks right fielder Daulton Varsho.

Hosmer had singled with one out and moved to second on Austin Nola’s single. C.J. Abrams grounded a two-out single to right, but Varsho charged the ball and threw a strike to the plate.