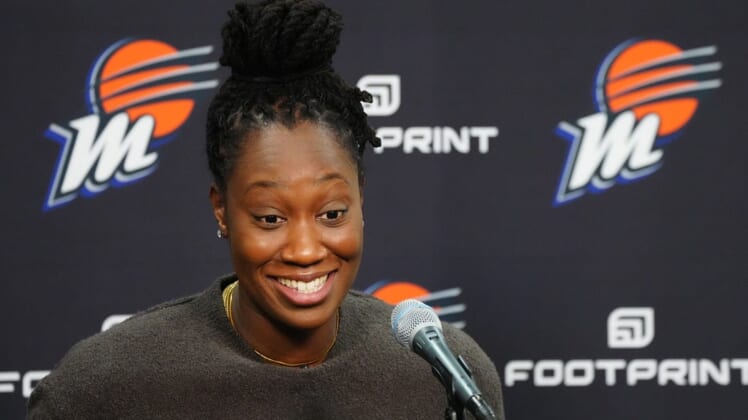 The Phoenix Mercury and former WNBA Most Valuable Player Tina Charles parted ways on Saturday in what the team labeled a “contract divorce.”

“After discussions with Tina and her agent, it was best for both parties to go our separate ways at this time,” Mercury general manager Jim Pitman said. “Due to circumstances both in and out of our control, our season has not gone according to our plan, and we will continue to pursue all avenues for improvement.”

The team thanked Charles for her contributions.

Charles signed a one-year contract with the Mercury in February after leading the league in scoring last season with the Washington Mystics. The 2012 WNBA MVP and eight-time All-Star center averaged a career-best 23.4 points per game in 2021 and made a personal-best 36.5 percent of her 3-point attempts.