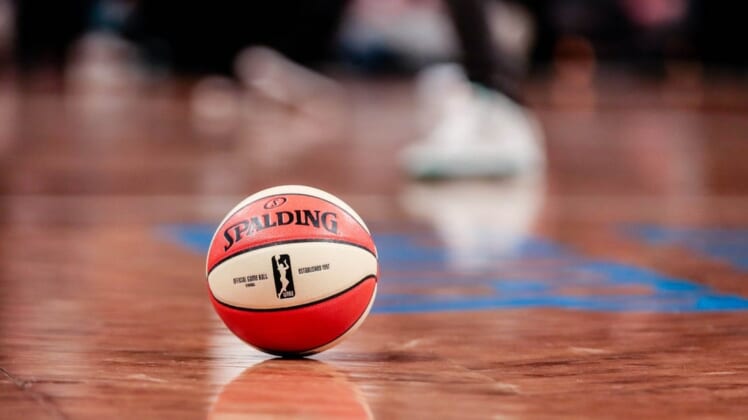 Skylar Diggins-Smith scored 29 points as the Phoenix Mercury ended a seven-game losing streak with an 81-74 victory over the visiting Los Angeles Sparks on Sunday.

In addition to her season-high scoring performance, Diggins-Smith had two assists and two blocks for the Mercury (3-8), which won for the first time since May 14.

Also for Phoenix on Sunday, Diana Taurasi had 19 points and seven assists, Diamond DeShields scored 11 points, and Shey Peddy chipped in 10 points and two steals off the bench.

Phoenix jumped to a 17-9 lead in the first quarter and led by three points at halftime. The Sparks led by as many as five in the third quarter, but the Mercury recaptured the lead in the fourth with an 8-2 run.

The Sparks got within two points of the Mercury lead with 3:14 to play, but Phoenix ended the game on an 8-3 run – with Diggins-Smith scoring four points.

L.A. superstar Liz Cambage played a season-low 13 minutes and finished with a season-low eight points. It’s the first time this year that the 6-foot-9 center finished a game in single digits scoring. L.A. still won the rebounding battle 28-24 with Cambage on the bench for the majority of the contest.

The Sparks turned the ball over 17 times, and their carelessness with possessions has been an issue all season. L.A. has had double-digit turnovers in 10 of their 12 games this season.

Phoenix shot 9-of-24 from behind the arc, a 37.5 percent clip. Shooting that well from deep seems to be a sign of success for the Mercury, as they’ve shot better than 37 percent in each of their three wins this season.

The Mercury’s homestand will continue Friday when the team hosts the Atlanta Dream.