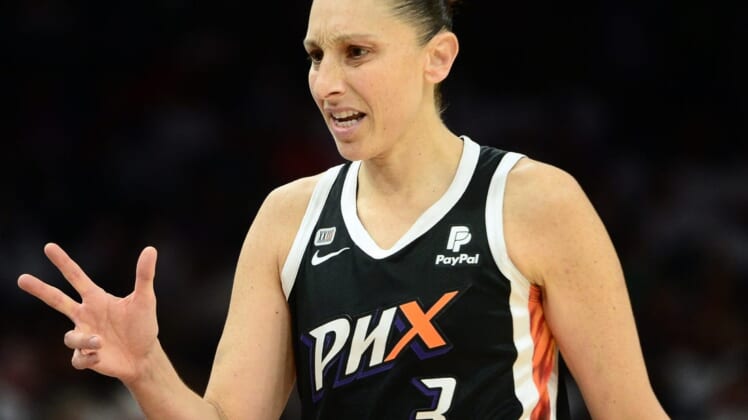 The Phoenix Mercury are trying to build momentum as they head toward the All-Star break.

The Mercury (8-12) have won two consecutive games thanks to some of their best defense of the season in victories against the Dallas Wings and Indiana Fever.

They will try to match their season-best three-game winning streak when they play host to the Fever for the second time in three nights Wednesday.

“We’re trying to build something and feed off each other (defensively) and I thought we did a good job of that, especially in the fourth and getting some key stops,” Mercury guard Skylar Diggins-Smith said after an 83-71 victory against Indiana on Monday.

The Mercury allowed one fewer point than they did in the victory against Dallas on Saturday. The only team that has scored less against the Mercury, was the 64 by the Seattle Storm in the third game of the season.

“I think we’ve really found that competitive spirit in the group on the defensive end,” said Mercury veteran Diana Taurasi, who scored 27 points against the Fever. “We’ve just tried to hone in on that side a little more.”

“I thought they ramped up the defensive end (in the fourth quarter) and I thought we kind of got stagnant and let the ball stick a little too much,” Indiana interim coach Carlos Knox said. “Ball movement is something that we kind of struggle with throughout our losses. We’re consistently trying to work on that every single day, but that was something huge for us.”

The Fever hurt themselves by committing 19 turnovers.

“Once we get down (on the offensive end) and people are standing, it’s just harder,” said the Fever’s Kelsey Mitchell, who scored a team-high 22 points but made just 5 of 16 shots.