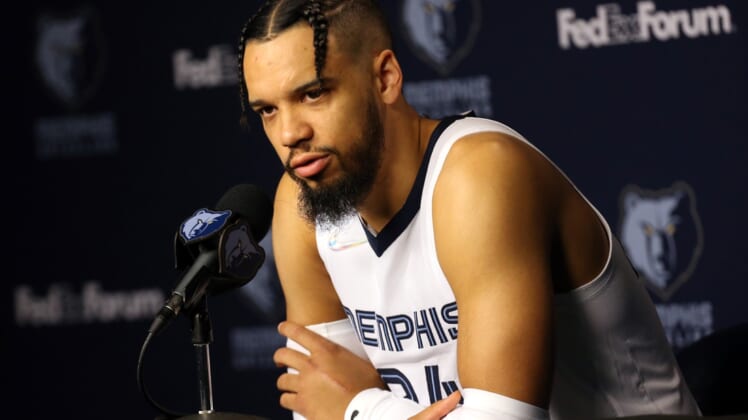 Memphis Grizzlies shooting guard Dillon Brooks will miss the first few weeks of the season due to a fractured left hand.

The Grizzlies said Brooks will be re-evaluated in two-to-three weeks.

Brooks, 25, will continue to undergo treatment during the recovery period.

Brooks recently said he broke the hand in two places during an offseason practice.

Brooks has emerged as a key player on the Grizzlies and averaged a career-best 17.2 points in 67 games last season. He averaged 16.2 points in 73 contests the previous season.

Brooks was a second-round draft pick by the Houston Rockets in 2017 and immediately traded to the Grizzlies.

Brooks was a college star at Oregon. He was Pac-12 Player of the Year for the 2016-17 season and helped the Ducks reach the Elite Eight of the NCAA Tournament in 2016 and the Final Four in 2017.

Memphis opens the season against the visiting Cleveland Cavaliers on Oct. 20.