Memorial for John Madden set for Feb. 15 in Oakland 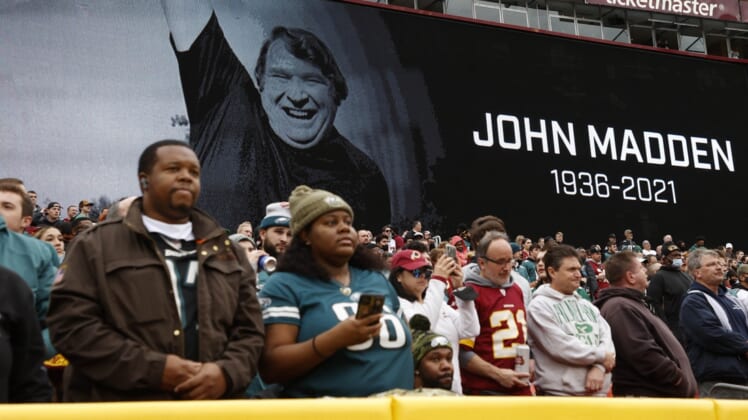 Jan 2, 2022; Landover, Maryland, USA; Fans observe a moment of silence for the late John Madden prior to the game between the Washington Football Team and the Philadelphia Eagles at FedExField. Mandatory Credit: Geoff Burke-USA TODAY Sports

A public memorial service for John Madden will be held in Oakland on Feb. 15.

The family of the late Hall of Fame coach and broadcasting icon said further details will be provided on the location.

“The Madden family has been overwhelmed by the outpouring of love and support during the difficult time following John Madden’s passing,” read a statement issued Friday by the NFL.

NFL teams held a moment of silence prior to kickoff of all Week 17 games and recognition of Madden’s passing is planned by the Raiders on Sunday night in the organization’s first home game since his death.