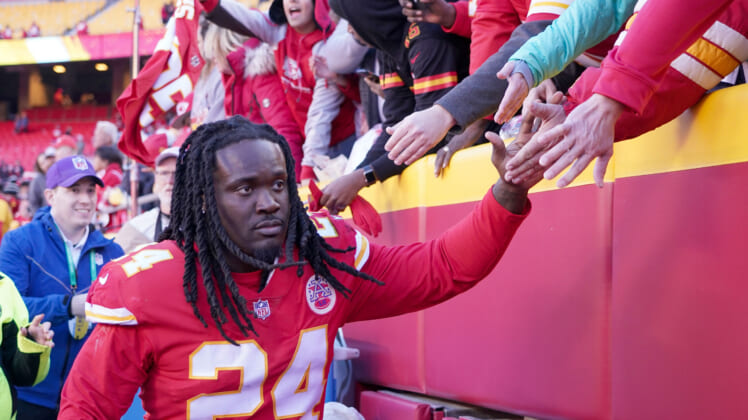 Just a couple years removed from putting up the third Pro Bowl appearance of his career, star edge rusher Melvin Ingram has found a new home.

According to multiple media reports, the 33-year-old Ingram has signed with the upstart Miami Dolphins.

Splitting time between the Pittsburgh Steelers and Kansas City Chiefs a season ago, Ingram recorded all of two sacks. However, he did have 11 quarterback hits and four tackles for loss. The productivity is still there.

The recently re-signed Emmanuel Ogbah led Miami with nine sacks a season ago from his end position in the team’s 3-4 defense. Outside linebacker Jaelan Phillips was second with 8.5 sacks.

Miami is doing everything possible to find another top pass-rush threat next to Phillips from the linebacker spot. Projected as a starter, Andrew Van Ginkel had only four sacks a season ago.

From 2015-19 with the Chargers, Ingram was one of the best pass-rushing 3-4 outside linebackers in the NFL. That span saw him record 92 quarterback hits and 43 sacks.

Injuries and age have caught up with him since. The former first-round pick from South Carolina has recorded just two sacks in 22 games over the past two seasons.

With that said, he did step up for Kansas City in the playoffs last season — recording three quarterbacks hits and two sacks in three postseason games.