Melvin Gordon says ‘nothing at all’ happening regarding return to Chargers, per report 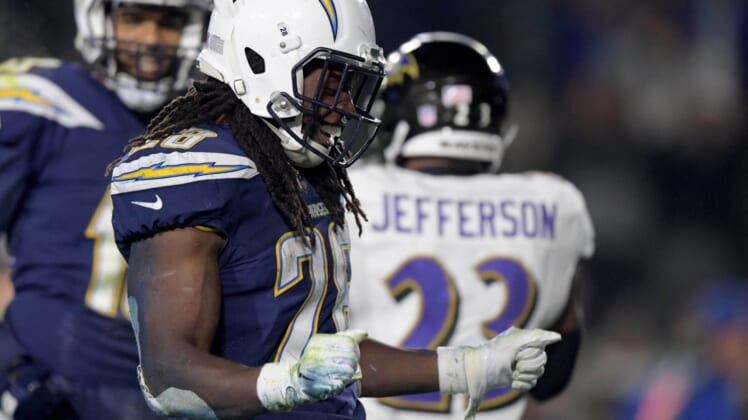 The Los Angeles Chargers haven’t had running back Melvin Gordon in training camp all summer, and based on the latest report that won’t change any time soon.

Josina Anderson of ESPN shared that Gordon texted her to say that “nothing at all” has happened that would get him to change his mind. She did add that the Chargers recently reached out to Gordon to say “he’s still missed and still family” and that the team still views Gordon as the No. 1 back. However, she also noted the team has been happy with Justin Jackson and Austin Ekeler.

The Chargers have been vocally saying positive things about Gordon in the media while at the same time making it clear they are moving on without him if he’s not on board.

Gordon appears comfortable taking the approach that Le’Veon Bell took last year when he skipped the entire season due to a contract impasse with the Pittsburgh Steelers. At the least, he seems serious about following through with his threat to hold out into the regular season without a new deal.