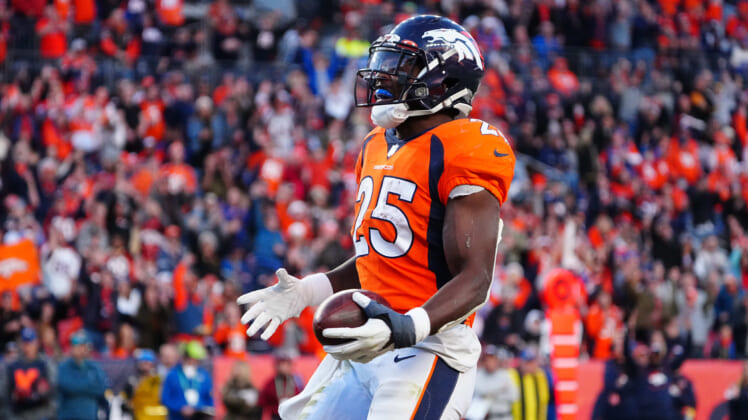 Melvin Gordon, one of the best running backs left on the NFL free-agent market has decided to return to the Denver Broncos on a one-year contract.

On Tuesday night, the team announced the return of the eight-year veteran with a tweet of a post-game photo featuring Gordon and the man who will be his new starting quarterback in 2022, Russell Wilson. ESPN reported that the deal is for one season and will be based heavily on performance incentives.

Earlier this month, reports stated that Gordon was in talks with the Baltimore Ravens. Obviously, those conversations did not go very far and the 29-year-old returns to the team he played the last two seasons with. In 2021, he earned 1,131 all-purpose yards with 10 touchdowns.

Gordon is the third unrestricted Broncos free agent that has returned to the team on a one-year contract, joining veterans Kareem Jackson and defensive tackle DeShawn Williams.

Before signing with the Broncos in 2020, Gordon played five seasons with the San Diego/Los Angeles Chargers after the organization drafted him with their top pick in the 2015 NFL Draft. During his tenure with the Chargers, he earned Pro Bowl honors twice — in 2016 and 2018. His best season on the ground came in 2017 when he rushed for 1,105 yards.

Gordon is expected to once again be a part of a tandem backfield with second-year man Javonte Williams once again. The team’s decision to re-sign Gordon so far into free agency could signify they may not see many worthwhile options at running back in the first few rounds of Thursday’s NFL draft.