Melvin Gordon: Chargers fans ‘on a break’ from team in wake of LA move 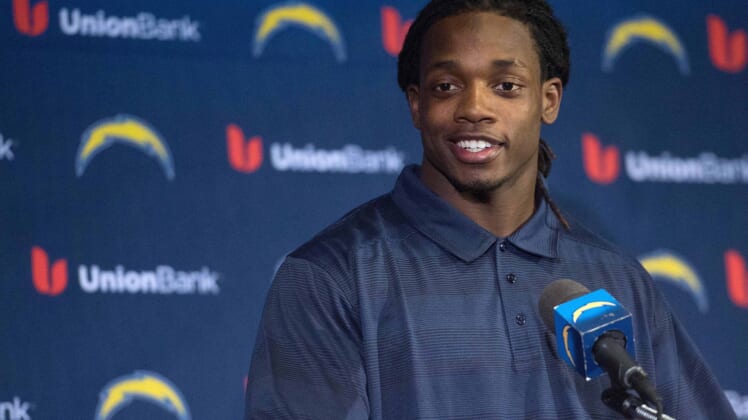 After the Chargers announced their move to Los Angeles, many fans made their feelings quite apparent when they held bonfire burning funerals for their team gear and memorabilia.

It was a clear line drawn in the sand by disgruntled fans. But, Chargers Pro Bowl running back Melvin Gordon doesn’t seem to think all is lost for the team’s fan base.

Sometimes people “on a break” get back together, and often times they don’t. It is interesting to hear Gordon compare the fan’s ill relationship with team to the famous Ross and Rachel breakup on “Friends.”

Elaborating on his take on the situation, Gordon sadly explained that the Chargers players feel quite helpless when it comes to the fans’ feelings.

“We can’t stop it. We can’t help it or help the situation,” Gordon said. “So speaking on it don’t really make the San Diegans feel any better. But we do feel for them to say the least.

“You feel for them, but it’s out of our control. As players, we can’t do anything about it. You got to deal with the cards you’ve been dealt with.”

We can surely feel for Gordon and his team. Unfortunately they have absolutely no say so when it comes to decisions that the powers above choose to make.

For now, Gordon can enjoy his first of hopefully many more Pro Bowl experiences after an impressive 1,416 total yard, 12-touchdown 2016 season.