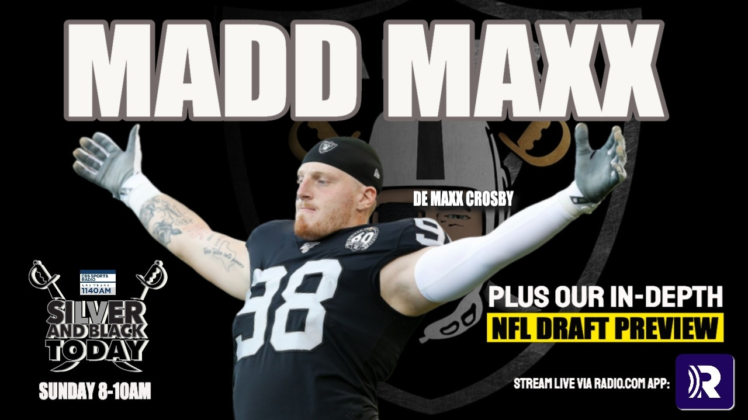 This week’s CBS Sports Radio 1140 show included catching up with Las Vegas Raiders defensive end Maxx Crosby. The team also breaks down the 2020 NFL Draft and which players may fit for the Raiders.

We’re just four days away from the NFL Draft and the Las Vegas Raiders are getting set to make some moves, and Maxx Crosby drops in for a hello.

We’ll discuss the entire draft class and who could be wearing the silver and black on Thursday.

Finally, Raiders defensive end Maxx Crosby joins us live to talk about his offseason workout and what he sees heading into the 2020 season, and the NFL draft.