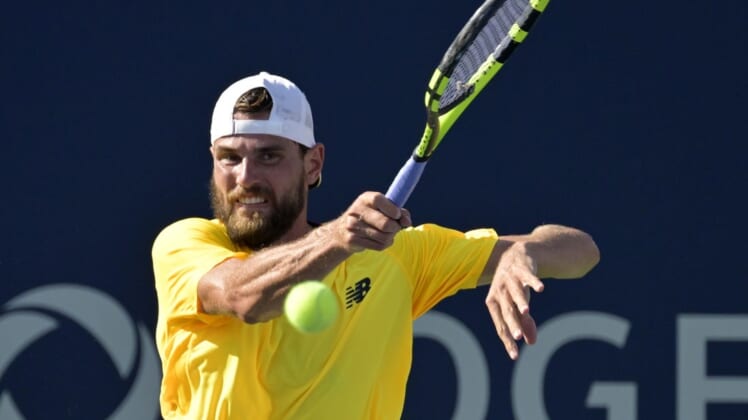 Fourth-seeded Maxime Cressy of the United States rallied for a 6-7 (4), 6-2, 7-6 (3) win over 14th-seeded Lorenzo Sonego of Italy on Wednesday to reach the quarterfinals of the Winston-Salem (N.C.) Open.

Cressy amassed a 47-25 edge in winners, easily enough to overcome his higher total of unforced errors (19-14). Sonego converted his lone break point in the match while Cressy took advantage of three of his six break opportunities.

Next up for Cressy is a matchup against France’s Adrian Mannarino, who got past eighth-seeded Albert Ramos-Vinolas of Spain 6-3, 6-3. Second-seeded Botic van de Zandschulp of the Netherlands also won 6-3, 6-3 against a Spanish foe, 15th-seeded Jaume Munar.