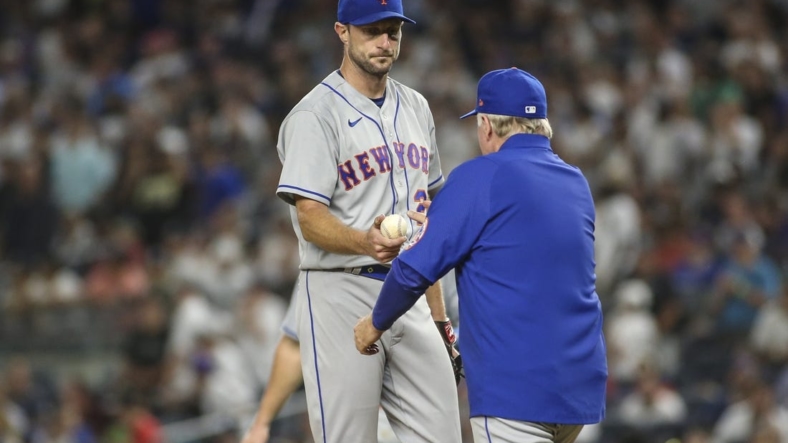 New York Mets right-hander Max Scherzer landed on the 15-day injured list and the team is hopeful rest will be the cure for discomfort in the 38-year-old’s right side.

The designation is retroactive to Saturday, when Scherzer left the game against the Washington Nationals with was termed a “fatigued” side. Manager Buck Showalter didn’t have an official diagnosis for reporters on Wednesday, just referring to it as “irritation.”

“It was actually pretty good news, all things considered, that there wasn’t something torn or where he had [the injury] last time,” Showalter said before Game 1 of the Mets’ doubleheader against the Pittsburgh Pirates. “I think the idea is to get it resolved so that he can finish the season strong and be ready for whatever the season holds for us.”

The season has taken a dire turn for the Mets, who were running away with the National League East on June 1, up 10 1/2 games. The Mets have lost three in a row and five of their past eight games, while the Atlanta Braves have won six straight. The two clubs entered Wednesday tied atop the division with identical 85-51 records and have just three games left against each other down the stretch, Sept. 30-Oct. 2 in Atlanta.

In a corresponding move Wednesday, the Mets called up left-handed pitcher Alex Claudio from Triple-A Syracuse. Claudio has a 3-2 record and 4.30 ERA in 30 relief appearances with two saves over 44 innings at Syracuse.

The Mets also designated right-hander Adonis Medina for assignment. The 25-year-old had a 1-0 record, a 6.08 ERA and one save in 14 games this season.