Max Scherzer rips pitch clock: ‘Shouldn’t be in the game’ 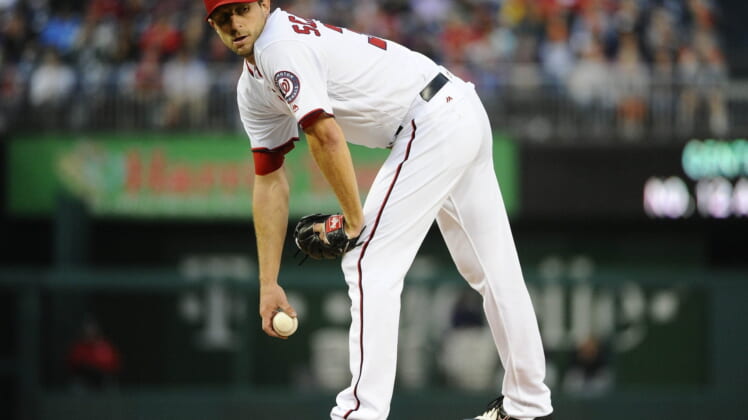 Washington Nationals ace Max Scherzer is absolutely not okay with the MLB’s pitch clock, which is being tested in spring training this year.

Speaking to reporters about the pitch clock, Scherzer ripped into the idea, saying it has no place in the game.

“I know as players that’s something that MLB is trying to negotiate. I don’t think there’s negotiation here. As players, it just shouldn’t be in the game,” Scherzer said, per the Associated Press. “Having a pitch clock, if you have ball-strike implications, that’s messing with the fabric of the game. There’s no clock in baseball and there’s no clock in baseball for a reason.”

Of course, MLB disagrees. It is trying to speed up the pace of play, which has been a major sticking point in recent years as the league struggles to keep fans engaged.

But for Scherzer, it’s just a big distraction.

“Now having to actually throw to it, I think it’s more of a distraction than anything,” Scherzer said. “I get that there are parts of the game that we can clean up and I think that there can be meaningful changes. I’m fundamentally against this.”

It remains to be seen if MLB commissioner Rob Manfred will actually implement the rule for the 2019 season. But clearly, Scherzer isn’t going to be happy if it is.

Scherzer isn’t the only prominent starting pitcher to speak up on this rule. Los Angeles Dodgers ace Clayton Kershaw also chimed in, but he had a completely different take on the matter.