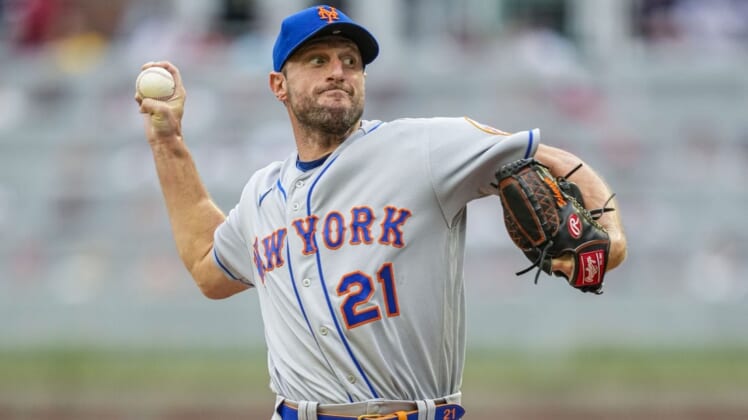 Max Scherzer threw seven strong innings and Pete Alonso drove in two runs to help the New York Mets beat the host Atlanta Braves 4-1 in the opening game of a three-game series between the two top teams in the National League East.

The first-place Mets ended the Braves’ three-game winning streak and improved to 3-2 against Atlanta this season.

Scherzer (6-1) allowed one run in three hits and nine strikeouts and no walks in his second start since returning from a seven-week stint on the injured list. It was the fourth time in 10 starts this year that he has thrown seven innings and allowed three or fewer hits.

Mets reliever Adam Ottavino pitched around two hits in the eighth inning. Edwin Diaz worked a scoreless ninth inning, striking out the side, to earn his 19th save.

Atlanta ace Max Fried (9-3) did not have his best stuff. He allowed two runs on five hits and a season-high five walks with five strikeouts in five innings, his shortest outing of the season. Fried threw 99 pitches, 55 for strikes, and saw his nine-game winning streak end. It was his first loss since April 13.

New York scored its first two runs in the third inning. Alonso smacked a one-out double down the line that just ticked off the glove of third baseman Austin Riley and drove in Brandon Nimmo, who led off the inning with a double.

The Mets subsequently loaded the bases, and Alonso scored on a fielder’s choice. Luis Guillorme hit a grounder to second base, where Eduardo Escobar was erased, but beat the relay to first base. The Braves challenged the call, but it was upheld by a video replay and the run stayed on the board.

The Braves cut the deficit to 2-1 in the seventh inning when Austin Riley hit his 24th homer, but the Mets answered in the top of the eighth when Guillorme hit a solo homer, his second.

The Mets got another run in the ninth on Alonso’s infield grounder. It was the 72nd RBI for Alonso, two shy of the team record for most RBI before the All-Star break set by David Wright in 2006.