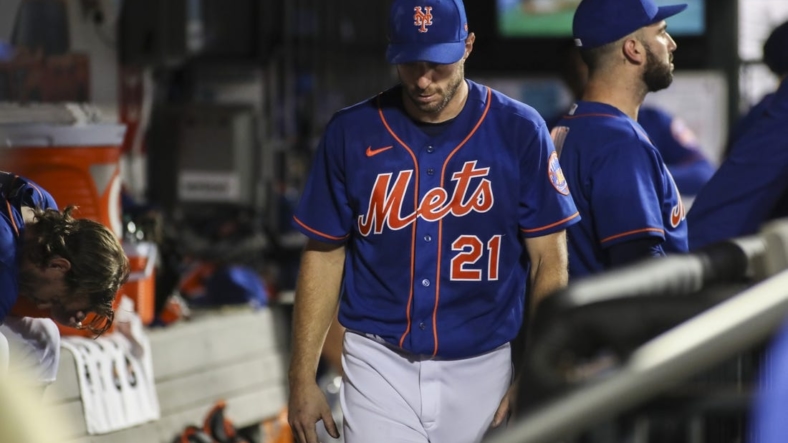 New York Mets right-hander Max Scherzer left his start after five innings Saturday night with what he called a “fatigued” side.

Scherzer completed the fifth inning against the Washington Nationals after throwing just 67 pitches. But he accompanied the trainer straight to the clubhouse and didn’t come out for the sixth.

“It wasn’t anything specific,” Scherzer said. “I don’t have a strain, it’s just the left side was getting tired a lot quicker than usual.”

Scherzer, who spent time on the injured list with a moderate to high grade oblique strain earlier this season, left with the score tied at 1-1.

“Was there a scenario where I could pitched the sixth and be OK? Yeah, that could’ve happened,” Scherzer said. “But if I went out there in the sixth and I got hurt, there’s no way I could come in here and look the guys in the face and say that I made the right decision. Better to be safe than sorry in this scenario.”

Scherzer allowed one run on three hits, with five strikeouts and a walk. He was replaced by Tommy Hunter. The Nationals went on to win 7-1.