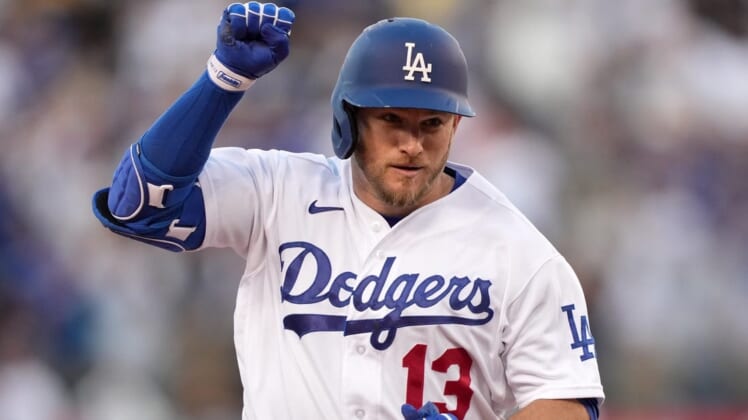 Justin Turner and Trayce Thompson added RBI singles as the Dodgers improved to 5-1 on a season-high, 11-game homestand. Los Angeles earned its third consecutive victory against Colorado over the past week following a four-game losing streak against the Rockies.

Kris Bryant hit his first home run of the season for the Rockies, and Ryan McMahon had three hits. Colorado has dropped the first two games of a three-game series after winning their past two three-game series.

For the second consecutive game, the Rockies took the early lead on the Dodgers. Jose Iglesias ripped an RBI double off Pepiot in the second inning.

The Dodgers took over in the bottom of the second inning, getting a two-run home run from Muncy on the first pitch he saw from Rockies starter German Marquez. It was Muncy’s eighth of the season.

The Dodgers made it 3-1 in the third on Betts’ home run to left field, his 18th and first since returning from the injured list Sunday after recovering from a cracked rib. After Muncy hit a first-pitch leadoff double in the fourth inning, Turner followed with his RBI single for a 4-1 Los Angeles lead.

The Rockies pulled with 4-2 when Bryant went deep to center field off Dodgers right-hander Phil Bickford in the sixth. The home run came in Bryant’s 24th game with Colorado after the left fielder signed a seven-year, $182 million contract in the offseason.

Thompson added an RBI single in the eighth.

Pepiot (1-0), who was recalled to the Dodgers’ roster earlier Tuesday, gave up one run over a career-high five innings. He allowed four hits and one walk while striking out a career-best six to earn his first major league victory. Brusdar Graterol pitched a scoreless ninth inning for his second save.