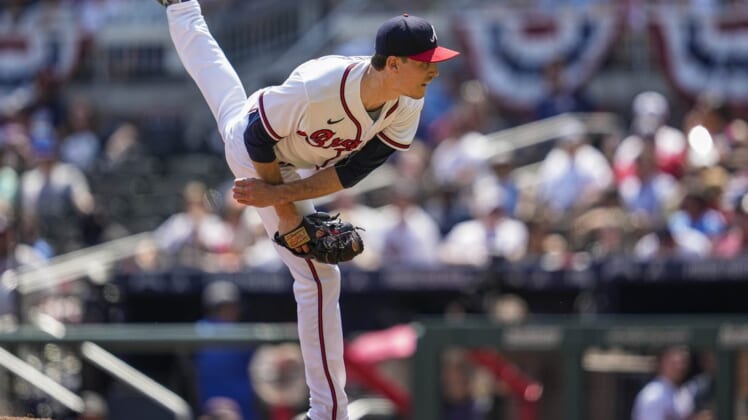 Atlanta ace Max Fried will look for his sixth straight victory on Friday night when the Atlanta Braves visit the Colorado Rockies in the second game of a four-game series in Denver.

The Braves won the first game 13-6 on Thursday and have not lost a series at Coors Field since 2016.

Fried has not been beaten since April 13, when he dropped a 3-1 decision to the Washington Nationals. He won his last start on Sunday against the Miami Marlins after allowing one run in six innings.

“Definitely didn’t feel like I had the best fastball command,” Fried said. “But felt like I was able to really rely on (catcher) Travis d’Arnaud back there. He kind of stuck with me, and we were able to get through six. The offense exploded, and I was able to take the pressure off and just go out there and try to get some outs.”

Fried has gone 1-1 with a 4.50 ERA in four career appearances (three starts) against the Rockies, whom he hasn’t faced since 2019.

Kuhl will make his 10th start of the season, and a victory would match his win total from a year ago, when he went 5-7 and earned the most wins since he went 8-11 in 2017.

In his last start on May 28, Kuhl limited the Nationals to two runs through 6 1/3 innings with seven strikeouts and one walk. He has allowed just three earned runs in his last two starts. Kuhl is 2-1 at home with a 4.41 ERA.

“When I have both breaking balls going, that’s when I’m at my best,” Kuhl said. “I can say I want to go out and give length, but if I don’t give a good performance, it really doesn’t matter. At the end of the day, it’s about executing pitches and going from there.”

Kuhl’s performance was more impressive because it came in the nightcap of a doubleheader after the Rockies were clobbered 13-7 in the first game.

“There are times when it might be rocky for the team, and it’s that one guy who needs to do very well — that guy on the mound,” Colorado manager Bud Black said. “He did that. He pitched great. He set a very nice tone the whole game.”

Kuhl has made two career starts against the Braves, going 1-0 with a 2.45 ERA. He allowed one run to go along with seven strikeouts in six innings on July 6, 2021.

Kuhl will try to solve Atlanta third baseman Austin Riley, who went 3-for-5 on Thursday. Riley has an 11-game hitting streak.

Joe had two walks and two hits on Thursday and has reached base in 29 straight games. Rodgers had a hit in the series opener to extend his hitting streak to 20 games.