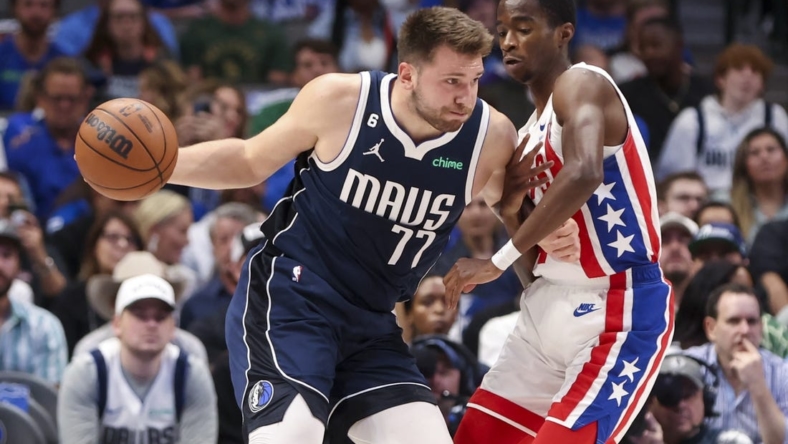 Luca Doncic scored 36 points and teammate Dwight Powell got the decisive steal in the final seconds for the Dallas Mavericks, who appeared to take control midway through the fourth but had to hold on for a 96-94 victory over the visiting Brooklyn Nets on Monday night.

Doncic reached 30 points for the ninth straight game to open the season, including scoring 41 in Brooklyn on Oct. 27. With Dallas trailing 78-74, his 3-pointer with 7:54 left started a 14-0 burst and enabled the Mavericks to start pulling away.

Dallas took a 96-93 lead on two free throws by Finney-Smith. The Mavericks’ Reggie Bullock then fouled Durant behind the 3-point line with 5.6 seconds remaining. Durant made the first, missed the second and missed the third on purpose.

After Durant’s second miss, Royce O’Neale grabbed the offensive rebound but Powell made the steal with 1.7 seconds to secure the win.

Finney-Smith added 18 points for the Mavericks, who shot 44.4 percent and missed their first seven shots of the fourth. Green contributed 16 and Tim Hardaway Jr. chipped in 11 before injuring his hip in the third.

Durant led the Nets with 26 points and had made 62 straight free throws before his costly miss. Thomas added 19 points, while O’Neale chipped in 15. Brooklyn missed a chance to sweep its three-game road trip.

Joe Harris contributed 14 points and Nic Claxton collected 10 and 14 rebounds for the Nets, who took a 14-point lead eight minutes into the game and shot 43.8 percent overall.