Mavericks well-backed favorites ahead of Game 5 vs. Jazz 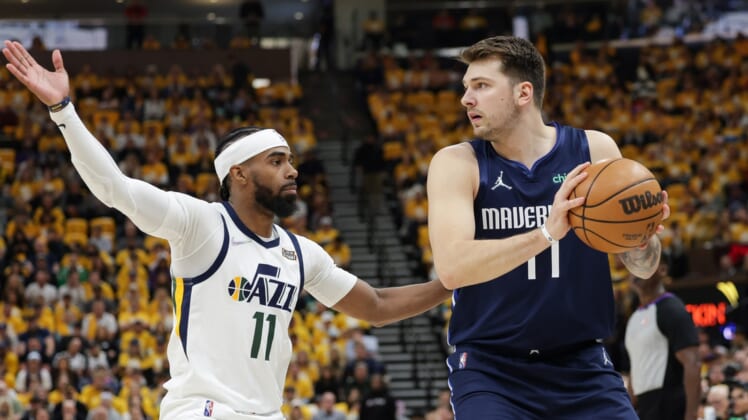 Luka Doncic was just 40 seconds away from having a storybook ending to his first game of the 2022 playoffs.

The Dallas Mavericks’ superstar had scored 30 points, including a step-back 3-pointer with 39.6 seconds left, and hauled in 10 rebounds with four assists after missing the three previous first-round games against the Utah Jazz due to a strained left calf.

Game 4 did turn out to be somewhat of a storybook ending — just not for Doncic and the Mavs, who lost to the Jazz 100-99 and host Utah in Game 5 on Monday night in Dallas with the series tied 2-2.

After Doncic gave Dallas a seemingly safe four-point lead — only four teams had rallied out of a similar deficit with 40 seconds left in the past 10 postseasons — everything went the Jazz’s way.

With 31.2 seconds remaining, Donovan Mitchell rebounded his own miss for a putback layup and then hit the ensuing free throw after being fouled by Doncic.

With 19.8 to go, Mitchell fouled Dwight Powell, and the Mavericks big man missed both attempts.

Rudy Gobert snared a rebound and, with 11 seconds remaining, Mitchell made a lob pass to Gobert for an alley-oop dunk that was reminiscent of a Stockton-to-Malone play.

In half a minute, the Mavs went from being up four to trailing by one. Dallas chose to advance the ball full court after a timeout, and the Utah defense forced Jalen Brunson and a double-teamed Doncic into deferring the final attempt.

Brunson said the Mavs “can’t hang our heads” after losing a game in which they overcame Utah’s 16-point lead in the first half.

Health-wise, Doncic said his calf felt good, but his conditioning was a bit off after missing two weeks.

The Jazz, who’ve been surrounded by rumors of chemistry issues, were happy to see that an energetic defensive performance and unselfish basketball paid off to prolong a postseason that seemed perilously close to ending early.

Utah cherished the Mitchell-to-Gobert connection after much had been made on social media about the All-Star guard being unwilling to pass to the All-Star center.

“I think it’s funny. It wasn’t even the first pass. There was a bunch of them,” Mitchell said. “It feels good. You hear it. I don’t think he and I sit here and think there’s nothing, but you hear it. And it’s good to see that and do it on a stage like that.”

Mitchell finished with 23 points, seven assists and six rebounds, and Gobert contributed 17 points and 15 rebounds. It’s clear the Jazz need both All-Stars to play well, and play well together.

It also helped to get a defensive effort like Bojan Bogdanovic gave, along with the offensive outburst provided by 2021 Sixth Man of the Year Jordan Clarkson, who led Utah with 25 points.

“We gave everything we had. It started with Bojan pressuring the ball, and then it became all of us — Jordan, Don, Mike (Conley), everyone — everyone that came to the game was playing with intensity, defensively,” Gobert said. “We can feel it. Regardless of what happens at the end of the game, if you play that way, you deserve to win.”